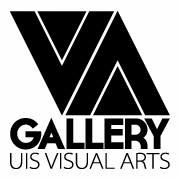 Bidding begins on Dec. 8 and a closing reception, along with final bidding, will take place on Dec. 11 from 5:30-7:00 p.m. in the Visual Arts Gallery, room 201 in the Health and Science Building on campus. All events are open to the public.

Works of art were donated to the silent auction by local artists affiliated with the Springfield Art Association, the Prairie Art Alliance, the Springfield Area Arts Council, The Pharmacy, DEMO Project, the Illinois State Museum, the UIS Visual Arts Gallery, and UIS Visual Arts faculty. In addition to the local donors, artwork was donated to the auction from artists from all over Illinois and beyond.

“This strong showing of support from our local creative community annually paves the way to success for the Silent Auction Benefit, which serves as the sole fundraiser for the gallery each year,” said Jeff Robinson, director of the UIS Visual Arts Gallery. “The auction features an extraordinary range of work and reflects a spirit of support amongst artists that thrive in Springfield.”

All proceeds from the silent auction will benefit UIS Visual Arts Gallery programming throughout the year. This program is partially supported by a grant from the Illinois Arts Council.

WHAT: The University of Illinois Springfield Alumni SAGE Society and the Illinois State Historical Society invite the public to celebrate the holidays in the final Lunch and Learn Series event of the semester.

A special performance by students in the UIS music program will also highlight the program.

Visit www.uiaa.org/uis to register online. For more information, contact the UI Alumni Association at UIS at 217/206-7395 or email alumni@uis.edu.
Blake Wood at 9:30 AM No comments:
Share

The concert will feature songs by John Lennon and Franz Schubert, a march featuring the UIS Band trombone section, as well as a piano soloist, cello soloist, and guest composer and conductor.

Highlights include Gershwin’s “Rhapsody in Blue” with a piano solo by UIS faculty member Pei-I Wang, as well as traditional work “Follow the Drinking Gourd”, which brings the UIS Chorus and Chamber Orchestra together under the baton of composer and guest conductor Tyron Cooper.

The chorus, under the direction of UIS Associate Professor Sharon Graf, will open the showcase with “Carol of the Bells” by Leontovich/Wilhousky.

Donations are welcome and will be used to benefit the UIS Music Student Merit Award.

The UIS Fall Showcase is comprised of students, faculty, staff and alumni, as well as Springfield community members, all with a variety of skill levels.

Anyone who is interested in joining any of the performance ensembles, including the UIS chorus, band or chamber orchestra may contact Abigail Walsh at 217/206-7549 or music@uis.edu.

The performances are free and open to the public.
Angela Try at 3:36 PM No comments:
Share

Learn about hunger during the annual OxFam Hunger Banquet at UIS

WHAT: The University of Illinois Springfield will show hunger in a whole new way during the annual OxFam Hunger Banquet. The goal of the free event is to educate students and the public about hunger and poverty.

WHERE: Student Life Building (SLB) Gym, located on the east side of the UIS campus. Parking is available in Lot B.

DETAILS: The OxFam Hunger Banquet is an interactive dinner where guests are placed randomly into three income related groups. These three groups eat a dinner based on their income level. Few participants leave with full stomachs, but all will have a greater understanding of hunger and poverty. The goal is to motivate participants to help combat the problem.

After the meal, the documentary A Place at the Table will be shown. The film is about food insecurity and hunger within the United States. Following the documentary, two speakers from the Chicago Coalition for the Homeless will share their experiences with hunger and homelessness.

The event is sponsored by the UIS Student Government Association, the UIS Leadership for Life Service Organization, and the UIS Engaged Citizenship Common Experience (ECCE) Speakers Series. All events are free and open to students and the public.
Blake Wood at 10:17 AM No comments:
Share

WHAT: Over 40 University of Illinois Springfield students will be tying 400 yellow ribbons and hanging them around campus in honor of the upcoming Veterans Day holiday. This is the third year students have organized the Tie a Yellow Ribbon campaign on campus.

WHERE: Outside the Recreation and Athletic Center (TRAC) – Parking Lot I

DETAILS: Community members and students are invited to help hang the yellow ribbons and share their Veterans’ stories. The event is designed to raise awareness on campus about Veterans, specifically students, who have served or are currently serving our country. Additionally, students hope to send a message of support to veterans in the Springfield area. Cash donations to assist deployed service members will also be accepted.

UIS will also be holding a Veterans Day flag raising on Tuesday, November 11 at 9 a.m. in front of the Public Affairs Center.

WHAT: The Political Art and the Public Sphere (PAPS) series at the University of Illinois Springfield presents a screening and discussion of the film Ghosts by filmmaker Nick Broomfield. Dr. Richard Gilman-Opalsky, UIS associate professor of Political Philosophy will moderate the event.

DETAILS: Ghosts tells the story of Ai Qin, a young Chinese girl from Fujian, China, who borrows $25,000 to pay to be smuggled into the United Kingdom illegally so she can support her son and family back home. Once in the U.K., she becomes one of 3 million migrant workers who are the bedrock of the country’s food supply chain, construction, and hospitality industries. She lives with eleven other Chinese in a two-bedroom suburban house. With illegally forged work permits, they work in factories preparing food for British supermarkets. In their search for better paying jobs to repay their debts, they end up in Morecambe Bay at night. On February 5, 2004, twenty three Chinese immigrant workers drowned in Morecambe.

Ai Qin and the other main characters are played by Chinese former illegal immigrants who have drawn on their life experiences to give passionate and authentic performances. The director, Nick Broomfield, creates a grippingly compelling film that will challenge your views on the entire migrant population, and have you thinking about slavery in the 21st century.

The Fall 2014 Political Art and the Public Sphere series focuses on exploring typically unseen sides of work in the world. The theme of the series is “The Invisible Politics of Work”. PAPS events are included in the Engaged Citizenship Common Experience (ECCE) Speaker Series. All events are free and open to the public.