UIS and Community Health Roundtable to present “Local Physicians at the Front Lines of COVID: Nine Months of the Pandemic” webinar

As part of the Springfield Innovation Hub, the University of Illinois Springfield and the Community Health Roundtable will offer a free public webinar on “Local Physicians at the Front Lines of COVID: Nine Months of the Pandemic” from 12-1 p.m. on Friday, Nov. 20.
As we enter the holiday season, Sangamon County COVID-19 tracking metrics continue to break records and pressure on already-stressed local healthcare capacity continues to grow. State and local officials have recently instituted new mitigating measures hoping to reduce the increased threat of the virus on public health.
The webinar will let participants know what to expect in Sangamon County in the days to come, what it is truly like on the front lines combating and treating this virus and what people can do to protect themselves and loved ones over the holidays.
Dr. Brian Miller, chair of the Sangamon County Board of Health and a cardiologist at Prairie Cardiovascular, will discuss experiences from the Sangamon County Department of Public Health.
Dr. Vidya Sundareshan, co-chief of the Infectious Diseases Division at the SIU School of Medicine, will talk about the anticipated trajectory of the virus and vaccine for Sangamon County.
Dr. Raj Govindaiah, senior vice president and chief medical officer at Memorial Health System, will discuss about the impact of the virus on local health systems.
Dr. Peter White, chief of the division of pulmonary and critical care at the SIU School of Medicine, will talk about the current conditions in the ICU.
Participants can watch the webinar on Zoom at https://uis.zoom.us/j/82909791596 or call 312-626-6799 to participate by phone (Meeting ID: 829 0979 1596). Registration is encouraged, but not required at go.uis.edu/COVIDwebinar.
For more information, contact Bruce Sommer at 217-899-3186 or bsomm2@uis.edu. Past UIS webinars can be found online at go.uis.edu/Webinars.
Blake Wood at 11:12 AM No comments:
Share 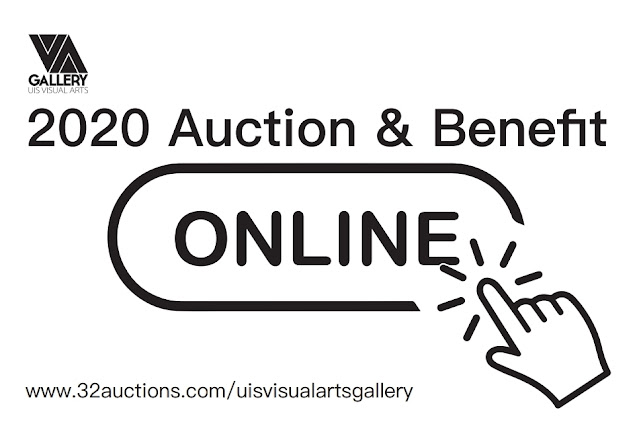 Artwork up for auction can be viewed and bids can be placed online at 32auctions.com/uisvisualartsgallery.

Proceeds from the annual auction provides for gallery programming throughout the year and allows the UIS Visual Arts Gallery to bring the Springfield-area ambitious exhibitions by emerging and established artists. The auction will feature a variety of media: painting, collage, ceramics, sculpture, prints, glass and more, donated by artists and donors in Springfield, central Illinois, St. Louis and Chicago.

Springfield artist Corrin Smithson McWhirter is one of many local artists that supports the UIS Visual Arts Gallery auction every year.

“As an artist, I donate artwork to support contemporary art access for young collectors,” McWhirter said. “As a bidder I love getting artist's work into the community and supporting a local gallery sharing contemporary work.”

“I love supporting the UIS Visual Arts Gallery,” Williams said. “It's one of the mainstays and flavors of the area's visual and conceptual arts community. The energy of bidding on different pieces is always something I like… even when someone sneaks a bid in on a piece you want at the last minute!”

For more information, visit uis.edu/visualarts/gallery or contact the gallery at 217-206-6506 or alach@uis.edu. 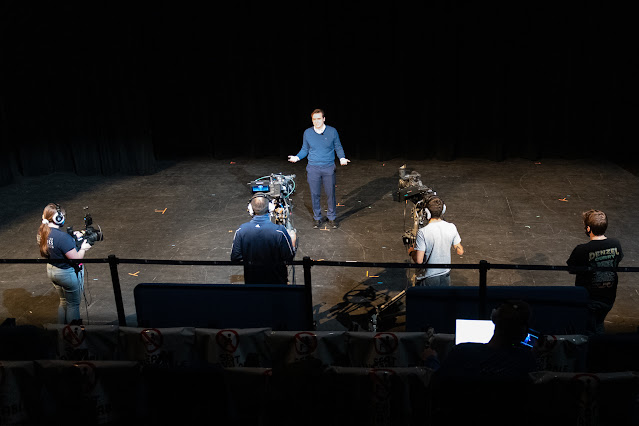 The University of Illinois Springfield’s Theatre Program is proving that the show must go on, even during a pandemic, by live streaming six performances of John Patrick Shanley’s “Rogues’ Gallery” for free online.

In order to watch a free performance, you must reserve a ticket at UISpac.com/events/rogues-gallery-uis-theatre or visit the UIS Ticket Office, located on the second level of the Public Affairs Center, from 10 a.m. to 5 p.m. Monday-Friday or call 217-206-6160.

“Rogues’ Gallery” is a collection of monologues from the imagination of Pulitzer Prize–winner John Patrick Shanley that delves into the allure of bad behavior and the absurdity of being human.