Dr. Corey D.B. Walker, author of A Noble Fight: African American Freemasonry and the Struggle for Democracy in America will discuss his book and hold a signing. The event will take place on Thursday, February 2 in Brookens Auditorium starting at 7 p.m. Walker’s book examines the metaphors and meaning behind the African American appropriation of the culture, ritual, and institution of freemasonry in navigating the contested domain of American democracy. He is an Associate Professor and Chair of the Department of African American Studies at Brown University.

Join the African Student Association for “Taste of the Motherland” on Friday, February 10 in the SLB Gym from 7 to 9 p.m. The event will feature food, dance, stories, and fellowship.

A Valentine’s Day event called “The Heart of a Collegiate Man" will be held on Sunday, February 12 from Noon to 4 p.m. in the Diversity Center. Come enjoy food, games, and couples/friendship therapy. Have fun with your partner and allow them to show you that chivalry isn't dead! 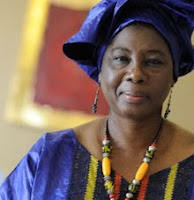 Dr. Isatou Touray will speak on “The Controversies of Female Genital Mutilation” as part of an ECCE Speakers Series event on Wednesday, February 15 in Brookens Auditorium at 7 p.m. Touray is a women’s rights activist and the Executive Director and Senior Consultant for The Gambia Committee on Traditional Practices Affecting the Health of Women and Children (GAMCOTRAP). Founded in 1984, GAMCOTRAP is a leading non-governmental organization in The Gambia. It group works tirelessly in the area of sexual and reproductive health and rights of women and children.

“Are We Colored Struck?” is the topic of a conversation being held in the LRH Great Room on Wednesday, February 15 at 9:30 p.m. The event is targeted toward breaking the barrier between light skinned and dark skinned. The discussion will explore the many stereotypes and prejudices when it comes to men and women. Open up and speak on it!

The second annual “Know Your Heritage Bowl” will be held on Friday, February 17 from 7 to 10 p.m. in Brookens Auditorium. The trivia event is designed to test student’s aptitude of historical events and individuals in America. The bowl is sponsored by the Black Male Collegiate Society at UIS.

A Black History Month “Showcase of Gospel Music” will be held on Sunday, February 19 from 5 to 7 p.m. in Brookens Auditorium. Come and enjoy as presenters take you through the history of gospel music. The event will feature a special performance by the Voices in Praise Gospel Choir.

LGBTQ Tea will focus on “Identities in the Harlem Renaissance” examining the life of Langston Hughes. The event will take place on Thursday, February 23 from 4 to 6 p.m. in SLB 22. 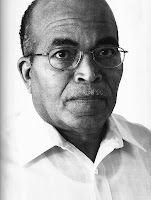 The ECCE Speakers Series presents “Bridging the Generations: A Foot Soldier for Civil Rights” on Friday, February 24 at 7 p.m. in Brookens Auditorium. The event will feature civil rights leader and author Thomas Armstrong. Born in Silver Creek, Mississippi, Armstrong was 14 in 1955 - the same year another African-American 14-year-old, Emmett Till, was kidnapped, tortured, and killed in Mississippi for whistling at a white woman. Three years later, as a student at Tougaloo College, Armstrong got involved with civil rights work. He organized black Missippians to register to vote, despite threats on his life. In 1961, he and three other Tougaloo students took part in the Freedom Rides, a campaign to integrate interstate buses. Though they were arrested in a whites-only waiting room before they could even board their Trailways bus to New Orleans, the so-called Tougaloo Four inspired dozens of others to make the dangerous trips. His book is titled Autobiography of a Freedom Rider: My Life as a Foot Soldier for Civil Rights. This program is being co-sponsored by the UIS Black Male Collegiate Society, Kinky & Curly: Natural Hair Empowerment Club, and the Diversity Center.

The UIS Black Male Collegiate Society presents the first annual “Black Male Conference” on Saturday, February 25 from 8 a.m. to 5 p.m. in the Public Affairs Center (PAC). The objectives of the conference are to build character, stimulate growth, set an example for black males to follow, and educate guests on the various plights that African American Males face. The conference will consist of, various workshops, keynote speakers, and panels hosted by dynamic leaders from the African American community. Tickets are $20 for students and $30 for adults. Please register online at www.thebmcs.org. Guest Speaker Christopher "Play" Martin will speak in Brookens Auditorium at 4 p.m. Martin is nationally known to many Hip Hop music and movie fans as 1-Half of the rap and acting duo Kid N’ Play – starring in New Line Cinema’s House Party series.

Zarfia Robertson, founder of i.d.e.a.l. Magazine for urban young people with disabilities will be speaking at Brookens Auditorium on Tuesday, February 28 at 7 p.m. The magazine talks about issues that other publications do not address such as sexuality, education, lifestyle and culture, music and highlights people with disabilities.

The fifth annual “Women’s Herstory” will be held in the Public Affairs Center (PAC) Conference Rooms C/D on Wednesday, February 29 from 11:30 a.m. to 1 p.m. The luncheon is free, but you must register at www.uis.edu/diversitycenter. Meet some of UIS’ very own unsung heroines. Through their stories, learn how their past, education, culture, environment and social issues have helped them achieve success. Special guest speakers include Dr. Susan Koch, UIS chancellor; Dr. Heather Dell, associate professor & chair of the Department of Women and Gender Studies; and Dr. Tiffani Saunders, instructor in the Department of Sociology/Anthropology.
Blake Wood at 9:07 AM 1 comment:
Share 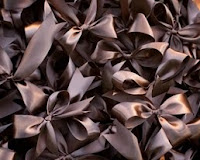 The University of Illinois Springfield Visual Arts Gallery announces That’s Love, Baby, an exhibition of sculptural and installation-based works by artist Allison Lacher. The exhibition runs from February 2 through March 8, 2012. A reception will take place on February 9 from 5:30-8 p.m.

Allison Lacher, a sculptor and installation artist, playfully explores themes of young love, domesticity, and naiveté with the exhibition That’s Love Baby. Lacher aims to create emotionally charged work that is narrative-based, but non-conclusive, and reliant on an atmosphere of fantasy imbued with the subtle presence of reality. Many of the pieces featured in this exhibit were initiated during a 2011 one-month artist residency award at the Prairie Center of the Arts in Peoria.

“At the time I was very much interested exploring the transition from being naive to being experienced, largely in terms of emotion and relationships,” said Lacher. “I wanted the work to reflect a nearly unblemished naiveté that appears right on the verge of, well, knowing better. I wanted to give visualization to that emotional state as it was barely underway and imminent.”

Lacher is an Adjunct Assistant Professor of Visual Arts and Gallery Manager at UIS. Her past exhibition venues include Grounds for Sculpture in Hamilton, N.J.; Cactus Bra in San Antonio, Texas; The Salt Lake Contemporary Art Center in Salt Lake City, Utah; and the Vermont Studio Center in Johnson, Vt. Lacher was a 2009 Illinois Arts Council Fellowship recipient.

“I suppose it was fate that I grew up in a city where such a place existed, and luckily for me, I had a very supportive family that let me work there despite its location in a rough area of town and the overall perceived mystery that they then attributed to ‘weird’ installation projects,” she said. “I spent so much time in that place just lurking around to help artists and be involved any way I could. My time there all but defined my trajectory as an artist.”

During her time at the Mattress Factory, she worked as an assistant on long-term projects for artists such as Ann Hamilton, James Turell, Greer Lankton, and Yayoi Kusama.

That’s Love, Baby will open at the UIS Visual Arts Gallery on Thursday, February 2, and will run through Thursday, March 8. A reception will take place on Thursday, February 9 from 5:30-8 p.m. The artist will be present throughout the reception to engage with the audience and to present a brief “artist talk” that addresses her work and concepts. Complimentary refreshments will be provided. This event is free and open to the public.

The UIS Visual Arts Gallery is centrally located on the UIS campus in the Health and Science Building, room 201 (HSB 201). Gallery hours are Monday through Thursday, 11 a.m. to 6 p.m.

For more information on That’s Love, Baby and future exhibitions, please visit the UIS Visual Arts Gallery website at www.uis.edu/visualarts/gallery, or contact the gallery by phone at 217/206-6506 or email: gallery@uis.edu.
Blake Wood at 1:51 PM No comments:
Share

Calling all musicians! The University of Illinois Springfield Music Program has a variety of ensembles open to students, staff, faculty, alumni and community members during the spring semester.

All rehearsals will begin the first week of classes, Jan. 17, except for band, which begins the second week on account of the Martin Luther King Holiday (Mon. Jan. 16). All rehearsals take place in the Visual and Performing Arts Building (VPA), Room 33. Students may choose to enroll for academic credit if they wish.

UIS Pep bands will play home basketball games this spring. If you are interested in joining, contact Dr. Abigail Walsh at 217/206-7549 or by email at awals2@uis.edu.

For more information on the UIS Music Program, contact Dr. Sharon Graf, director of co-curricular music at 217/206-6570 or sgraf1@uis.edu or visit www.uis.edu/music.
Blake Wood at 11:38 AM No comments:
Share
‹
›
Home
View web version