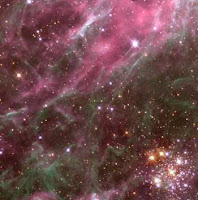 The University of Illinois Springfield’s popular Friday Night Star Parties will resume the Friday after Labor Day and run through the end of October. Those dates include: September 6, 13, 20, and 27 and October 4, 18, and 26. Please note that there is not a Star Party on October 11. Friday Night Star Parties are held from 8 to 10 p.m., weather permitting, at the UIS observatory on the roof of Brookens Library.

Star Parties are hosted by Dr. John Martin, associate professor of Astronomy/Physics. The observatory’s telescopes will be used to view a number of celestial objects, including the Moon, when visible; the Ring Nebula; globular star clusters M13 and M15; and other double stars and star clusters.

A typical Star Party begins with a presentation as visitors ascend the stairs to the observatory, learning about galaxies, the sun and stars along the way. On the roof observation deck visitors are invited to view the skies through telescopes and ask questions. Participants are welcome to arrive and leave as they wish between 8 to 10 p.m.

Star Parties may be canceled for cloudy weather. Questions about whether the weather is suitable for viewing should be directed to 217/206-8342 at 7 p.m. on the evening of the Star Party. Updates will also be posted on the UIS Observatory Twitter page. For more information on Star Parties, contact John Martin at jmart5@uis.edu or visit www.uis.edu/astronomy/about/starparties.html.
Blake Wood at 9:27 AM No comments:
Share

The University of Illinois Springfield Visual Arts Gallery presents Alumni Showcase 2013, a juried exhibition that reflects the ongoing studio practice of artists that have emerged from the Visual Arts program at UIS. A variety of media will be represented in this grouping of contemporary works. An opening reception will take place on Thursday, September 5 from 5:30-8 p.m.

The Visual Arts Gallery is proud to present this exhibit that highlights recent works from select UIS Visual Arts alumni artists. Works will range from contemporary approaches to painting to site-specific installation works. The exhibition serves as a visual collection that speaks to the impressive and ongoing efforts from artists that launched from the Visual Arts program at UIS.

“The exhibition demonstrates that many of the most capable and active artists in the community have roots in our program,” said Jeff Robinson, UIS Visual Arts Gallery Director. “Some of the artists are relatively recent grads, while others have been maintaining their practice for many years. Careful consideration was extended in the selection of this particular grouping of artists, and reflects the contemporary focus of both the visual arts curriculum and gallery programming at UIS.”

Alumni Showcase 2013 will open at the UIS Visual Arts Gallery on Thursday, August 26, and will run through Thursday, September 26. Complimentary refreshments will be provided at the opening reception. The event is free and open to the public.

The UIS Visual Arts Gallery is centrally located on the UIS campus in the Health and Science Building, room 201 (HSB 201). Gallery hours are Monday through Thursday, 11 a.m. to 6 p.m. For more information on Alumni Showcase 2013 and future exhibitions, please visit www.uis.edu/visualarts/gallery, call 217/206-6506 or email alach3@uis.edu.
Blake Wood at 1:58 PM No comments:
Share


The University of Illinois Springfield welcomed hundreds of new students and their parents during Freshman Move-In Day on August 21, 2013.

Students were assigned arrival times in an effort to avoid headaches and congestion at Lincoln and Founders Residence Halls. Volunteers helped direct parents to parking spaces, unloaded and carried items, and led students to their new rooms.

Dozens of volunteers from the UIS student organizations and athletic teams assisted with the move-in process.

Area businesses and organizations are encouraged to register now for booth space at the 2013 “Foot in the Door” career fair at the University of Illinois Springfield. The fair will be held on Thursday, September 26, 2013 from 11 a.m. to 2 p.m. at The Recreation and Athletic Center (TRAC) on the UIS campus.

The event is sponsored by the UIS Career Development Center and the UIS College of Business and Management. The event is free for all UIS students and alumni to attend.

The “Foot in the Door” event is intended to bring students, local employers, and organizations together to discuss career opportunities in a broad range of available positions. Local businesses who are recruiting students to fill full-time and part-time jobs, internships, volunteer and other career opportunities are invited to participate in the event, which typically yields over 250 students. All attending employers should have immediately available opportunities for students.

Over 100 recruiters are expected to attend, so advanced registration is required. Employers can register for the “Foot in the Door” career fair by visiting the UIS Career Development Center’s online system called “CareerConnect” at www.uis.edu/career/. The deadline to register is September 19, 2013.

For more information, contact the UIS Career Development Center at 217/206-6508 or careerservices@uis.edu.
Blake Wood at 3:38 PM No comments:
Share

The Theatre Program at the University of Illinois Springfield is excited to announce its lineup for 2013-14. The season features two award-winning dramas, which explore human relationships and culture.

In the fall, the 2011 Pulitzer Prize and 2012 Tony award-winning drama Clybourne Park by Bruce Norris will be performed Nov. 8-10 and 14-16 in the Studio Theatre. The play takes on the provocative issues of race, political correctness, and the changing social landscape in America, while still managing to make us laugh along the way. Act One takes place in 1959, in Chicago's Clybourne Park neighborhood, as the community responds to a black family buying a house there. Act Two takes place in 2009, in the same house, as the next generation of this black family struggles to hold on to its sense of identity. The New York Times calls the play “Vital, sharp-witted and ferociously smart.”

UIS Associate Professor and Director of Theatre Eric Thibodeaux-Thompson will direct Clybourne Park. Open auditions/crew interviews will be held Sept. 3-4, 2013 in The Studio Theatre. Callbacks will take place on Sept. 5. Auditions and crew positions are open to students, faculty, staff, and community members. Check www.uis.edu/theatre for updated times and information.

In the spring, UIS Theatre will present Paula Vogel’s 1998 Pulitzer Prize-winning drama How I Learned to Drive on April 11-13 and 17-19, 2014. The play takes an un-flinching look at "the gifts we receive from people who hurt us,” according to Vogel. The play’s protagonist, Li'l Bit, "received the gift of how to survive," from a surprising source. Through a non-linear series of emotional, and often times funny flashbacks and recollections, Li’l Bit takes the audience on a ride that explores how a family, a culture, and a society contributed to an inappropriate relationship. This thrilling ride has been described by Dramatists Play Service as “a wildly funny, surprising and devastating tale of survival as seen through the lens of a troubling relationship between a young girl and an older man.”

UIS Associate Professor of Theatre Missy Thibodeaux-Thompson will direct How I Learned to Drive. Open auditions/crew interviews will be held Jan. 26- 27, 2014 in The Studio Theatre. Callbacks will take place on Jan. 28. Auditions and crew positions are open to students, faculty, staff, and community members. More information will be posted on www.uis.edu/theatre.

UIS Theatre will also present “Student Directed Scenes” on December 9-10, 2013. The series will present a variety of scenes from contemporary American plays, which will be directed by UIS theatre students. For updated audition and crew information, visit www.uis.edu/theatre/.

For more information on the upcoming theatre season contact Eric Thibodeaux-Thompson at 217/206-6613 or ethib1@uis.edu.
Blake Wood at 10:01 AM No comments:
Share

Dickson Mounds Museum and the University of Illinois at Springfield’s Therkildsen Field Station present “Under the Stars” as the topic for the next Nature Trek program. The program will be on Tuesday, August 13, 2013 at 4:00 a.m. to view the peak of the Perseid Meteor Shower. Participants are welcome to bring a blanket or chair and view the sky at Dickson Mounds Museum. After the sun comes up, all are welcome to enjoy a light breakfast at the Museum.

Dickson Mounds Museum and the University of Illinois at Springfield’s Therkildsen Field Station at Emiquon present Nature Trek, a “walk & talk” science series typically on the third Thursday of the month April through September. After a brief introduction to a particular topic, the group will trek to different locations on the Emiquon Campus where trip leaders will share their understanding of plants, animals, human history, earth history, and the sky.

Admission is free and registration is not required. All ages are welcome. Participants are encouraged to dress appropriately for the weather and wear proper footwear as much of the program will be held outdoors and includes walking on uneven terrain.
Blake Wood at 9:15 AM No comments:
Share
‹
›
Home
View web version