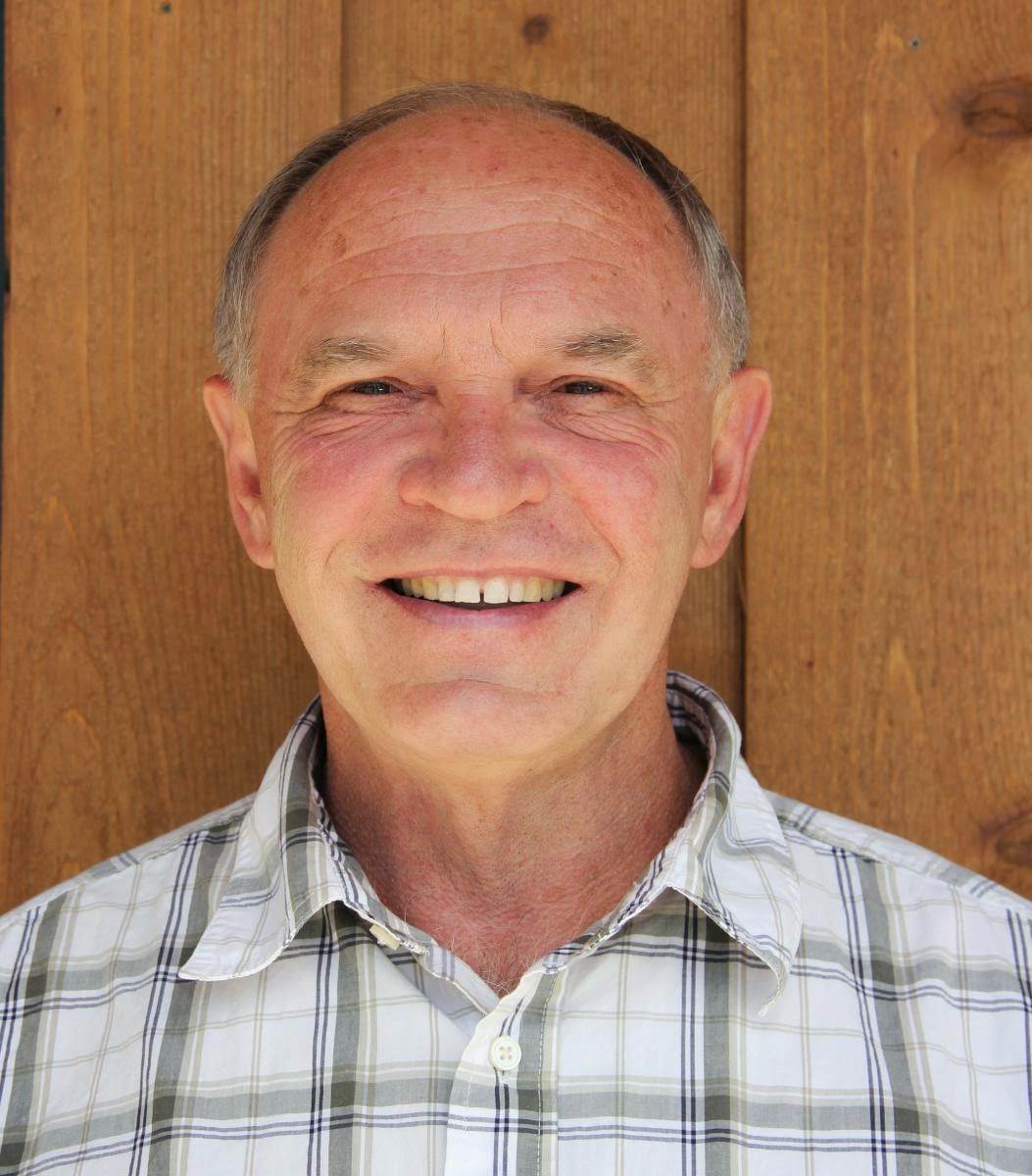 WHAT: The University of Illinois Springfield’s Department of Liberal & Integrative Studies and Engaged Citizenship Common Experience (ECCE) Speakers Series present “Free Market Environmentalism”. This presentation will explore the approach to environmental problem solving that focuses on improving environmental quality using property rights and markets. The featured speaker will be Terry Anderson, executive director of the Property and Environment Research Center.

DETAILS: Terry Anderson, a Jean De Nault Senior Fellow at Stanford University’s Hoover Institution, will emphasize three important points in free market environmentalism including that economic growth is fundamental to improving environmental equality and that property rights make the environment an asset rather than a liability.

Anderson’s research helped launch the idea of free market environmentalism and has prompted public debate over the proper role of government in managing natural resources.

For a list of other upcoming ECCE Speakers Series events and more information, visit http://illinois.edu/goto/speakerseries. All events are free and open to the public.
Blake Wood at 2:03 PM No comments:
Share

Working from a variety of sources, Burtonwood and Holmes create 3D printed modular works that borrow from natural systems of organization. The artists utilize simple mechanical connections to create novel and unique juxtapositions of forms and meanings that promote adaptability, contingency, variability and an open course philosophy.

As the sampler was to hip-hop so the 3D printer is to sculpture and designed objects. Open source 3D printing has paved the way for a revolution in making things. 3D printing and scanning combined are time machines. They reach back into the past and teleport objects of antiquity around the globe, reproducing and sharing them for everyone to touch and hold in their hands. Just as blogs disrupted publishing, and smart phones changed communications so 3D printing, scanning and modeling will transform the world of objects and the services that surround them.

A component of the exhibit will borrow from Springfield’s Dana Thomas House, designed by Frank Lloyd Wright and a showcase of his Prairie Style. The artists have created a 3D print of a fragment of the house that captures portions of pattern that exemplify the Prairie style. From that 3D print, the artists have created a mold that the audience can use on-site to create their own small-scale copy to take away. Design innovations of the past merge with contemporary design innovations through this process and product.

The UIS Visual Arts Gallery is centrally located on the UIS campus in the Health and Science Building, room 201 (HSB 201). Gallery hours are Monday through Thursday, 11 a.m. to 6 p.m. This program is partially supported by a grant from the Illinois Arts Council Agency. For more information exhibition programming, please visit the UIS Visual Arts Gallery website at www.uis.edu/visualarts/gallery, or contact the gallery at 217/ 206-6506 or alach3@uis.edu.
Blake Wood at 12:30 PM No comments:
Share

The 100th anniversary of women’s suffrage in Illinois serves as the backdrop of a presentation on Public Discourse, as part of the University of Illinois Springfield Lunch & Learn series.

Angel Ysaguirre, executive director of the Illinois Humanities Council, will speak on the IHC’s Public Discourse program and discussion of contemporary issues in ways that are passionate, yet thoughtful and respectful. Leslie Goddard, a historical interpreter and author, will portray a women’s suffrage activist and share stories of the women’s suffrage movement.

The program is presented by the UIS Alumni SAGE Society and Illinois State Historical Society.

The final Lunch & Learn event for 2014 is “Celebrating the Holidays” on December 11.

You may register online.

For more information, contact the UI Alumni Association at UIS at 217/206-7395 or email alumni@uis.edu.
Angela Try at 9:21 AM No comments:
Share

University of Illinois Springfield students will be going door-to-door on Halloween night collecting canned goods for the Central Illinois Foodbank.

A total of 14 teams, consisting of nearly 200 students, have registered for the annual Trick or Treat for Canned Goods drive. The teams have been assigned specific neighborhoods to collect non-perishable food items. Earlier this month, the teams canvassed the neighborhoods and distributed door hangers that explained the project.

The goal is to collect more than 10,000 pounds of food. Collected items will be returned to campus and weighed following the drive. Prizes will be awarded to the teams that collect the most food.

The Central Illinois Foodbank distributes over 8.5 million pounds of food annually to over 150 food pantries, soup kitchens, residential programs and after-school programs in a 21 county region.

For more information on Trick or Treat for Canned Goods, contact Mark Dochterman, director of the UIS Volunteer & Civic Engagement Center, at 225/921-9398, or go to www.uis.edu/volunteer.

The UIS students will be collecting the canned goods between the hours of 4:30 p.m. and 8 p.m.
Angela Try at 10:22 AM No comments:
Share

Six performances will be presented in the Studio Theatre, on the lower level of the Public Affairs Center at UIS - on Friday, Saturday, Sunday, November 7, 8, and 9, and Thursday, Friday, Saturday, November 13, 14, and 15. All shows will begin at 7:30 p.m., except the Sunday performance (November 9), which will begin at 2 p.m. UIS Associate Professor of Theatre Missy Thibodeaux-Thompson directs the play.

Neil Simon’s first play in the “Eugene” trilogy won the New York Drama Critics’ Circle Award for Best Play in 1983, and was a nominee for the Drama Desk Award for Outstanding New Play. The original Broadway production earned Tony awards and nominations for actors and direction.

Simon’s comedy chronicles the life of fifteen-year-old Eugene Jerome in 1937 Brooklyn. Eugene's memoirs are filled with wit, insight, teenage angst, laughter, tears, and love. He is obsessed with baseball, writing, girls, and sex--not necessarily in that order. He takes us on a journey through the Depression-era trials of his adolescence, along with his Jewish family, complete with an overworked father, an intimidating mother, an older and wiser brother, and other family members squeezed into the small Brighton Beach home. Eugene's father sums up their struggling existence with, "if you didn't have a problem, you wouldn't be living here.”

Please note that a service charge from Sangamon Auditorium, not included in the prices above, will be added to each ticket price, at the time of purchase. To avoid a higher service charge, buying tickets in person at the Sangamon Auditorium ticket office is highly recommended. You may also purchase tickets over the phone by calling 217/206-6160 or online at www.uis.edu/SangamonAuditorium/.

For more information on the production, contact Missy Thibodeaux-Thompson at 217/206-8307 or mthom1@uis.edu, or visit www.uis.edu/theatre.
Angela Try at 11:01 AM No comments:
Share

WHAT: The University of Illinois Springfield presents the 37th annual International Festival with the theme "One World, One Beat!”

WHERE: The Recreation and Athletic Center (TRAC), located on the south side of the UIS campus. Parking is available in lot F and I, located next to TRAC. A map of the campus is available at www.uis.edu/maps/.

DETAILS: For over 35 years, the University of Illinois Springfield family has celebrated its rich international and cultural diversity with the annual International Festival. Some of our friends from the greater Springfield community will be joining UIS students, faculty, and staff to share an evening of cultural exhibits, artistic performances, and food tasting.

Admission is free and the event and is open to the public. Countries and organizations that will be represented include several African nations, China, India, Ireland, Peru, Turkey, Scotland and more. Visitors will have a chance to sample delicious ethnic dishes from China, India, Mexico, Italy, African countries, the Middle East, and more.

Guests will have the opportunity to collect some of the recipes into a book during the event. Be sure to pick up a program as you enter, so that you can find your way to the exhibits, cuisines, and performances that you are most interested. Plan to spend some time getting to know people you have never met before, literally from every part of our world!

For more information, please contact the Office of International Student Services at 217/206-6678 or e-mail iss@uis.edu.
Blake Wood at 3:54 PM No comments:
Share

The University of Illinois Springfield, in collaboration with the Illinois Association of Community Action Agencies, continues its focus on poverty in the U.S. with a documentary feature film titled American Winter on Monday, October 20, 2014 from 6 to 9 p.m. in Brookens Auditorium, located on the lower level of Brookens Library.

Produced and directed by Emmy award-winning filmmakers, Joe and Harry Gantz, American Winter is a documentary film that follows the personal stories of families struggling in the aftermath of the worst economic crisis since the Great Depression.

Filmed over the course of one winter in Portland, Oregon, American Winter presents an intimate and emotionally evocative snapshot of the state of our economy as it is playing out in many American Families.

The subtitle reads, “In the richest country on earth, millions of families have been left out in the cold.”

The film screening is the second part of a War on Poverty Forum series which will also feature a War of Poverty Panel Discussion on Nov. 12.

For more information, contact Lorena Johnson, program director in the UIS Institute for Legal and Policy Studies, at 217/206-6079 or ljohn04s@uis.edu.
Angela Try at 9:02 AM No comments:
Share

The 12th Annual Lincoln Legacy Lectures presented by the University of Illinois Springfield will be held from 7 to 9 p.m. Thursday, October 16, 2014 in Brookens Auditorium, located on the lower level of Brookens Library at UIS.

This year’s topic is “Lincoln’s Funeral,” in anticipation of the commemoration of the 150th anniversary of Lincoln’s death and funeral in 2015. The lectures, and a reception and book signing that will immediately follow, are free and open to the public. No reservation is required.

This year’s featured speakers are James L. Swanson, senior legal scholar at The Heritage Foundation, and Dr. Richard Wightman Fox, professor of history at the University of Southern California. Dr. Michael Burlingame, Naomi B. Lynn Distinguished Chair in Lincoln Studies at UIS, will give opening remarks on “Why Lincoln was Murdered,” and serve as moderator.

Swanson will present a lecture titled “I give you my sprig of lilac”: The Death and Funeral of Abraham Lincoln.” In his lecture, “What We’ve Forgotten about Lincoln’s Funeral, and What We’ve Never Known,” Fox will examine what the loss of Lincoln signified to citizens of his time.

Seating in Brookens Auditorium is limited; however overflow seating will be available in the Public Affairs Center, Level 1, Conference Rooms C/D and G, where the audience can watch a large-screen live video feed. Those unable to attend in person can watch a live webcast by going to www.uis.edu/technology/uislive.html at the time of the event.

For more information, contact Barbara Ferrara in the UIS Center for State Policy and Leadership at 217/206-7094.
Blake Wood at 10:42 AM No comments:
Share
‹
›
Home
View web version