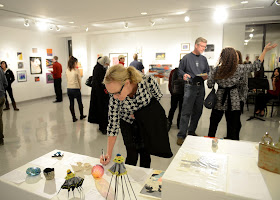 The auction offers more than 100 items donated by local and regional artists and supporters. Ceramics, photography, glass, painting and drawing, crafts and more will be available at the auction, and at prices unparalleled in Springfield. This event guarantees something for everyone, plus great food, drinks and fun -- all in support of the UIS Visual Arts Gallery mission.

Bidding begins on Monday, December 4 and a closing event, along with final bidding, will take place on December 7 from 5:30-7 p.m. in the Visual Arts Gallery, room 201 in the Health and Science Building on campus. All events are open to the public.

“This strong showing of support from our local creative community annually paves the way to success for the silent auction benefit, which serves as the sole fundraiser for the gallery each year,” said Jeff Robinson, director of the UIS Visual Arts Gallery. "The auction features an extraordinary range of work and reflects a spirit of support amongst artists that thrive in Springfield.”

For more information, visit the UIS Visual Arts Gallery website at www.uis.edu/visualarts/gallery or contact the gallery at 217/206-6506 or alach@uis.edu.
Blake Wood at 11:59 AM No comments:
Share 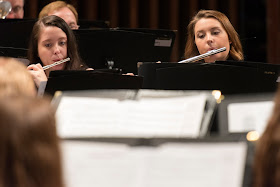 DETAILS: Come join us for a fantastic night of music and imagery celebrating holiday music from Ireland, Canada, China, Greece, Ukraine and more. The UIS Band, under the direction of Applied Music Specialist Abigail Walsh, will open the multi-cultural holiday program with works including traditional carols arranged for band, Leroy Anderson’s “Sleigh Ride,” and Sean O’Loughlin’s "Imani," a piece inspired by traditional African instruments and in celebration of Kwanzaa. Brass and string Camerata ensembles will perform a Spanish lullaby turned carol and “Zorbas Dance (Syrtaki)” by Mikis Theodorakis, a piece that is often performed at Greek festivals.

The second half of the program will feature traditional Chinese instrumentalists performing “Spring Festival Overture” by Huanzhi Li, a piece performed for the celebration of Chinese New Year followed by the UIS Woodwind Ensemble performing “Koliady,” an arrangement of three Ukranian Christmas carols by Peter Senchuk. The band will return to close the program with music from the movie “The Polar Express,” celebratory Hanukkah music and ending the evening with an audience sing-a-long.

Anyone who is interested in joining the UIS chorus, band or chamber orchestra may contact Abigail Walsh at 217/206-7549 or music@uis.edu.
Blake Wood at 11:55 AM No comments:
Share 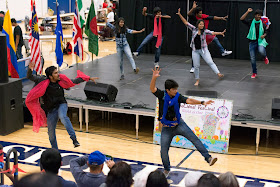 WHAT: The University of Illinois Springfield invites the Springfield community to join us for the 40th annual International Festival. The longest running student-led program in the history of the University, the festival features fun and games from around the globe, cultural performances and exhibits, plus a variety of ethnic foods. Admission is free.

WHERE: The Recreation and Athletic Center (TRAC), located on the south side of the UIS campus. Parking is available in lot F and I, located next to TRAC. A map of the campus is available at www.uis.edu/maps/.

DETAILS: For 40 years, the University of Illinois Springfield family has celebrated its rich international and cultural diversity with the annual International Festival. Many of our friends from the greater Springfield community will be joining UIS students, faculty, and staff to share an evening of cultural exhibits, artistic performances and food tasting.

Guests are invited to pick up a program as they enter so they can find their way to the many exhibits, food tastings, and performances. Guests are encouraged to spend some time getting to know people you have never met before, literally from every part of our world.

UIS has more than 600 international students from 42 different countries enrolled this semester.

For more information, please contact the Office of International Student Services at 217/206-6678 or e-mail iss@uis.edu.
Blake Wood at 9:41 AM No comments:
Share 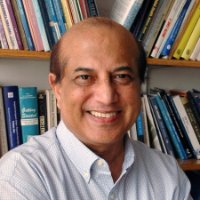 WHAT: The University of Illinois Springfield Public Health Department and the Illinois Department of Public Health Office of Minority Health presents “Reducing Disparities: Strategies for Achieving and Sustaining Healthy Communities” featuring Mushtaque Chowdhury, the vice chair of BRAC, an international development organization based in Bangladesh which is the world's largest non-governmental organization. The event is free and open to the public.

DETAILS: There are many determinants, such as income inequality, poverty, and education that have profound effect on one’s ability to be healthy. Chowdhury will bring a global perspective on strategies for reducing these inequities. He will discuss his experience in improving health outcomes for residents of Bangladesh by addressing social determinants. The audience will gain a better understanding of how social determinants affect health and identify strategies that could be applied to vulnerable communities in Illinois.

Chowdhury formerly served as executive director and founding director of the Research and Evaluation Division and founding Dean of the James P. Grant School of Public Health. He is also a professor of population and family health at the Mailman School of Public Health at Columbia University in New York. During 2009-12, he worked as the senior adviser to the Rockefeller Foundation, based in Bangkok, Thailand. He also served as a MacArthur Fellow at Harvard University. Chowdhury was a coordinator of the UN Millennium Task Force on Child Health and Maternal Health, set up by the former Secretary General Kofi Annan. He has published nearly 200 articles in peer-reviewed journals.

Chowdhury is a founder of the Bangladesh Education Watch and Bangladesh Health Watch, two civil society watch-dogs on education and health respectively. He has recently been nominated as the recipient of the Ronald McDonald House Charities’ “Medical Award of Excellence” for 2017.

For more information, contact Josiah Alamu, associate professor and chair of the UIS Public Health Department, at 217/206-8485 or jalam3@uis.edu.
Blake Wood at 9:49 AM No comments:
Share 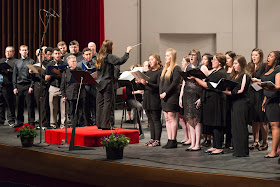 WHAT: The University of Illinois Springfield Music Program presents its Fall Showcase concert featuring performances by the UIS Orchestra, UIS Chorus and UIS Band. The performance is free and open to the public.

DETAILS: The UIS Orchestra, under the direction of Assistant Professor of Ethnomusicology Yona Stamatis, will lead the program with music from local composers in celebration of the upcoming Illinois Bicentennial Celebration. The world premiere of “Music for Dr. Yona Stamatis and the University of Illinois Springfield Orchestra” will be performed by composer Ben Jacob, who also performs on violin in the UIS orchestra. Mark Rheaume, the low brass instructor at UIS will be the guest conductor for two movements of his “American Suite.”

Directed by Associate Professor of Ethnomusicology Sharon Graf, the UIS Chorus will perform several works including "All You Need is Love" by John Lennon and Paul McCartney and "I am a Man of Constant Sorrow" by Carter Stanley.

The UIS Band will close the program, under the direction of Applied Music Specialist Abigail Walsh, with a preview of the multi-cultural holiday program being held December 1 in the Studio Theatre. Works include "A Hannukah Festival" by Chris Bernotas, "Imani" by Sean O'Loughlin and more.

Anyone who is interested in joining the UIS chorus, band or chamber orchestra may contact Abigail Walsh at 217/206-7549 or music@uis.edu.
Blake Wood at 1:55 PM No comments:
Share
‹
›
Home
View web version