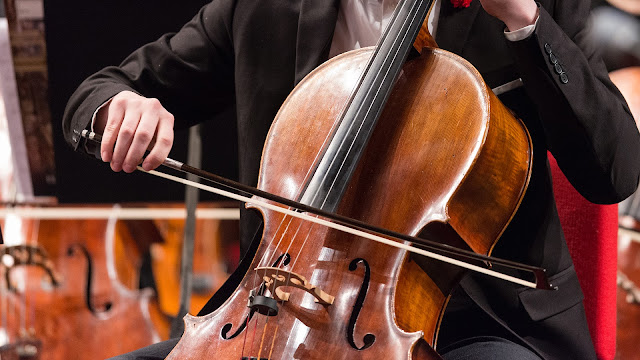 The University of Illinois Springfield Music Program will host a virtual panel discussion, “From Diversity to Inclusion: Arts Advocacy and Racial Equality in the 21st Century,” at 6 p.m. Monday, April 5, 2021, via Zoom. This event is free and open to the public and will be followed by an open discussion session with the audience.

Panelists will discuss their efforts to engage the arts to tackle issues of silencing, prejudice and racism and to encourage greater equity and inclusiveness in the arts. Each speaker will present for 12 minutes.

Saunders specializes in race and ethnicity, family, mental health and the scholarship of teaching and learning. She is a Maryland native and alum of Bowie State University, Maryland’s oldest historically black college. Saunders is a classically trained violinist and avid volunteer. Her commitment to both learning about and giving back to the community has resulted in creative projects like the Hip Hop Xpress which came to Springfield in September 2020, as well as countless panels, workshops, and awards.

Harris is the first woman and the first African American to serve as the president of the Abraham Lincoln Association since its inception in 1909, serving as president from 2006-2018. After more than 25 years of service, Harris retired in 2015 from her position as the library services director at the Abraham Lincoln Presidential Library (formerly the Illinois State Historical Library). Harris presents one-woman first-person performances which honor historic 19th century African American women. She earned her bachelor’s degree from Southern Illinois University Carbondale and master’s degree in library science from the University of Illinois Urbana-Champaign.

Guyton currently works as a historical actor at the Abraham Lincoln Presidential Museum where he not only performs in the famous “Ghosts of the Library.” He is the author of a monologue on Robert Smalls, a Black man who escaped slavery and later served in South Carolina’s House of Representatives. Additionally, he has acted in many local theater productions including “A Raisin in the Sun” (2016), “Dreamgirls” (2011) and “The Spirit of Lincoln” (2020) as well as directed “Memphis: The Musical.” Aside from his efforts in theater, Guyton strives to marry storytelling and art with activism and understanding.

Gentry is a versatile interdisciplinary scholar who works as a lecturer in the African American Studies Program at the University of Texas at San Antonio (UTSA) and a researcher with the UTSA Center for Cultural Sustainability. He also teaches in the UTSA Department of History and the Johns Hopkins University Cultural Heritage Management Program. He received a doctoral degree from the University of Michigan in American culture and a bachelor’s degree from UTSA in American studies. His interests include African American history, film and media studies, performance studies, arts management and cultural policy.

Webb teaches writing and cultural studies. She launched the website Colorism Healing in 2013 to raise awareness and create change. Since then, she has reached thousands of people across the globe through her international writing contest, anthologies, articles, media interviews, presentations and workshops. Webb has recently co-authored such articles as “Colorism and the Poetics of Resistance Among Black Youth: An Application of the Colorist-Historical Trauma Framework” in the Journal of Black Studies and “How Colorist Microaggressions have Eluded Social Work: A Literature Review” in the Journal of Ethnic & Cultural Diversity in Social Work.

The virtual Zoom panel discussion can be accessed by visiting uis.edu/music and clicking on the link on the main page.

The University of Illinois Springfield Innovation Hub, UIS Center for State Policy and Leadership and the Community Health Roundtable will host a free public webinar titled “Implications of COVID-19 for Historically Marginalized Populations and the Aging Population” at Noon Friday, March 16 via Zoom.

The COVID-19 virus, and the public health interventions that are meant to control the pandemic, may cause outsized negative effects on populations with pre-existing physical, social, behavioral and economic vulnerabilities. In this webinar, panelists will describe how the COVID-19 pandemic and the public health response has affected the historically marginalized and aging populations in our area, and what is being done to assist these populations in COVID-19 recovery.

Panelists include Veronica Espiña, founder and co-chair of the Springfield Immigrant Advocacy Network; Veronica Halloway, chief of the Center for Minority Health Services at the Illinois Department of Public Health; and Carolyn Austin, CEO of AgeLinc/Area Agency on Aging for Lincolnland in Springfield. The discussion will be moderated by Molly Lamb, executive director of the UIS Center of State Policy and Leadership.

UIS to host a COVID-19 webinar on “Getting our Lives Back: The Opportunities that Lie Ahead” 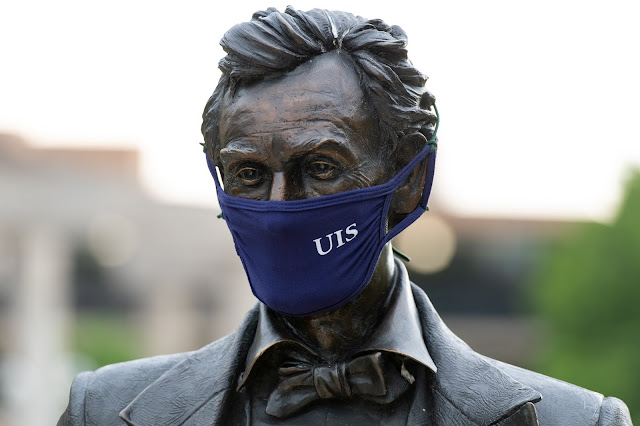 The University of Illinois Springfield Innovation Hub and UIS Center for State Policy and Leadership will host a free public COVID-19 webinar titled “Getting our Lives Back: The Opportunities that Lie Ahead” at Noon Friday, March 12 via Zoom.

As the vaccine roll-out accelerates, panelists will discuss what life post-pandemic could look like and opportunities that will impact how we live, work and interact with others. Panelists will discuss emerging innovations, business models and social paradigms that could make our lives more productive. The webinar will also look at new government incentives to help businesses and the workforce successfully adapt to the new economy.

Panelists for the discussion include Kenneth Kriz, UIS distinguished professor of public administration; Anna Palmer, general partner at Flybridge and co-founder of XFactor Ventures; and Ericka Perkins, assistant state director for the Illinois Small Business Development Center Network. The discussion will be moderated by Bruce Sommer, UIS director of economic development and innovation.

TEDx event coming to the University of Illinois Springfield

The University of Illinois Springfield is hosting its first ever TEDx event on Saturday, March 20, 2021, with nine speakers discussing a variety of topics and research areas on the theme of bridging the gap. Each speaker will attempt to explore a concept that bridges a divide of understanding. The event will be held virtually from 10 a.m.- 3 p.m.
TEDxUofISpringfield is a first-of-its-kind student-run event that has been in the making for several months, which hopes to impact both the UIS and Springfield communities by creating an event where both sectors can share thoughts and bring both communities together. The purpose of such an event that bridges the gap between the university and the local community was of great importance when planning the event. The UIS student body and general public can expect to be inspired by the gamut of topics being discussed by the speakers.
How to Watch
Go to TEDxUofISpringfield.com on the day of the event to be connected to the livestream.
TEDx Speakers and Topics
Dean Cantu, associate dean and director at Bradley University
“Why are We Obsessed with the Image of Death?”
Elizabeth Ross Wake, UIS public administration graduate student
“Are you paying to perpetuate poverty?”
Meg Shadid, Northwest High School public school teacher
“How do you Combat One-sided Facts?”
Melissa Hostetter, UIS education graduate student
“Can we Afford to Ignore the Science of Reading?”
Menno Servaes, UIS business administration international student
“When Should you Choose to Ignore your Gut?”
Richard Gilman-Opalsky, UIS political science professor
“What’s Love got to do with Communism?”
Sarah Webb, UIS English assistant professor
“How Can We Heal from the Shades of Colorism?”
Sudeep Sharma, UIS management, marketing and operations assistant professor
“Why Should you Master the Art of Negotiation?”
Taryn Christy, UIS political science and legal studies undergraduate student
“Why Aren’t Prisons Built for Periods?”
Contact Information
Antone Evans Jr., TEDxUofISpringfield Director / UIS student
aevan7@uis.edu
About TEDx, x = independently organized event
In the spirit of ideas worth spreading, TEDx is a program of local, self-organized events that bring people together to share a TED-like experience. At a TEDx event, TED Talks video and live speakers combine to spark deep discussion and connection. These local, self-organized events are branded TEDx, where x = independently organized TED event. The TED Conference provides general guidance for the TEDx program, but individual TEDx events are self-organized. (Subject to certain rules and regulations.)
About TED
TED is a nonprofit organization devoted to Ideas Worth Spreading, often in the form of short talks delivered by leading thinkers and doers. Many of these talks are given at TED conferences, intimate TED Salons and thousands of independently organized TEDx events around the world. Videos of these talks are made available, free, on TED.com and other platforms. Audio versions of TED Talks are published to TED Talks Daily, available on all podcast platforms.
TED's open and free initiatives for spreading ideas include TED.com, where new TED Talk videos are posted daily; TEDx, which licenses thousands of individuals and groups to host local, self-organized TED-style events around the world; the TED Fellows program, which selects innovators from around the globe to amplify the impact of their remarkable projects and activities; The Audacious Project, which surfaces and funds critical ideas that have the potential to impact millions of lives; TED Translators, which crowdsources the subtitling of TED Talks so that big ideas can spread across languages and borders; and the educational initiative TED-Ed. TED also offers TED@Work, a program that reimagines TED Talks for workplace learning. TED also has a growing library of original podcasts, including The TED Interview with Chris Anderson, WorkLife with Adam Grant, Far Flung and TEDxSHORTS.
Blake Wood at 10:31 AM No comments:
Share 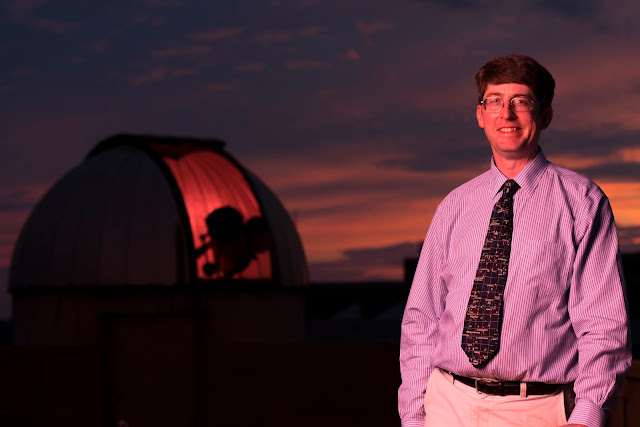 The University of Illinois Springfield’s popular star parties are returning as virtual events this spring and summer. The Astronomy-Physics Program is planning six virtual star parties at 7 p.m. March 12, 8 p.m. April 9, 8:30 p.m. May 14, June 11 and Aug. 12 and 9 p.m. July 9.

John Martin, UIS associate professor of astronomy/physics, will give tips for identifying planets and constellations and answer astronomy questions submitted live.  When the weather allows there will be live views through the telescope of bright planets, nebula and star clusters. The event on Aug. 12 coincides with the peak of the Perseid Meteor shower.

The link for all the Zoom events is go.uis.edu/virtualstarparty. Additional information is posted at go.uis.edu/summerstarparties and @UISObservatory on Twitter. Participants are encouraged to follow the Twitter account for updates and information about what will be viewed at each event. The event will be capped at 300 people.