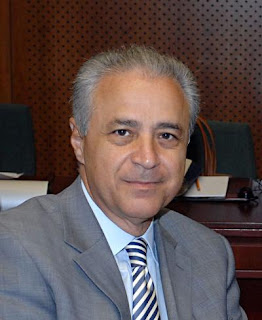 WHAT: The University of Illinois Springfield and WSEC-TV Ambassador Series welcome His Excellency Vassilis Kaskarelis, Greek Ambassador to the United States for the final series event of the season. Greece has been in the news lately because of its dire financial situation and the European Union’s response and rescue. After a brief speech, the Ambassador will be available to answer questions on this and other issues.

WHERE: Sangamon Auditorium Lobby on the UIS campus

DETAILS: Ambassadors come to Springfield as part of the Ambassador Series for the opportunity of speaking with Springfield’s business, government, and community leaders. During their presentations, the ambassadors share business, economic, and political insights. A question-and-answer period follows.

Ambassadors who have attended events this year include His Excellency Dennis Richardson from Australia; Ambassador Maurice S. Parker, former U.S. Ambassador to Swaziland and Ambassador-in-Residence at the University of Illinois Chicago; His Excellency Michael Collins from Ireland; Her Excellency Renée Jones-Bos from the Netherlands; and His Excellency Jean-Paul Senninger from Luxembourg.

WSEC-TV will film all programs for broadcast on its network and for other PBS stations.

The cost to attend the event is $18 per person. For more information on this event and next year’s Ambassador Series and to register contact the UIS Office of Development at 217/206-6058.
Blake Wood at 11:42 AM
Share