The University of Illinois Springfield’s Theatre Program has announced the schedule for the 2010-2011 season with productions that explore political, gender, racial and other social topics.

The fall production is The Heidi Chronicles by Wendy Wassserstein. The play humorously, poignantly, and historically traces Heidi Holland’s coming of age from the late 60s to the late 80s—mirroring a generation’s coming of age trek through various political and social movements. Mel Gussow of the New York Times wrote: “we see Heidi on her own rock-strewn path to liberation. As she moves from high school intellectual to awakening feminist, in the background we hear about political and cultural events. Heidi and her group are emblematic of their time, but the historical references never become intrusive. They form a time line on which Heidi teeters like a tightrope walker. Following the chronicles of Heidi, theatergoers are left with tantalizing questions about women today and tomorrow.”

UIS Assistant Professor of Theatre Missy Thibodeaux-Thompson directs this Pulitzer-prize & Tony-award winning play by the late icon of American theatre, Wendy Wasserstein. Production dates are October 22-24 and 28-30. Open auditions will be held August 29-30 (with call-backs on August 31st) in the Studio Theatre at UIS. Check www.uis.edu/theatre for updated times and information. 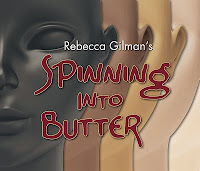 The spring production is Spinning Into Butter by Rebecca Gilman. This production explores the dangers of both racism and political correctness in America today. Curtain Up and Library Journal summarize the play as follows: Sarah Daniels, the Dean of Students at fictional, idyllic northeastern Belmont College, is dedicated to helping students like Patrick Chibas obtain an available scholarship and persuades him that "the ends justify the means" when he balks at identifying himself as a standard minority. Then an unprecedented incident of racism on the campus forces Sarah to confront her own demons of prejudice and fears. According to Dramatic Publishing company, “Her self-examination leads to some surprising discoveries and painful insights, the consequences of which even she can't predict.”

UIS Associate Professor of Theatre Eric Thibodeaux-Thompson directs Chicago playwright Rebecca Gillman’s provocative and challenging play. Production dates are April 8-10 and 14-16. Open auditions will be held February 6 & 7, 2011 (with call-backs on Feb. 8th) in The Studio Theatre. More information will be posted on www.uis.edu/theatre.

For more information on the upcoming theatre season contact Eric Thibodeaux-Thompson at 217/206-6613 or email ethib1@uis.edu.
Blake Wood at 9:15 AM
Share