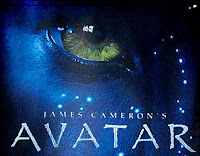 WHAT: The University of Illinois Springfield Engaged Citizenship Common Experience (ECCE) Speakers Series presents a screening of the film Avatar, followed by a discussion moderated by local author Edward Beekman-Myers.

DETAILS: James Cameron's innovative science-fiction epic is more than just a visual spectacle. Behind the colorful alien imagery lies a timeless story that serves as a clear-cut warning of the harsh repercussions of disrespecting nature. Avatar speaks volumes about how human greed and selfishness can be so overpowering that we sometimes turn a blind eye to the creatures whose very lives may be drastically altered or even destroyed as a result of our actions.

Edward Beekman-Myers is the author of several short stories, plays, and novels, including the first volume in a sci-fi/comedy series, The Totally Gnarly Adventures of the Galactically Bitchin’ Comet Sweat!, which was recently published through CreateSpace. He serves as an instructor for UIS’ Speaker Series and as an English instructor for various other colleges in the Springfield area.

The ECCE Speakers Series at UIS is a campus-sponsored lecture series that aims to exemplify engaged citizenship as part of the university’s effort to foster appreciation for and practice of diversity and the active effort to make a difference in the world. All events are free and open to the public.