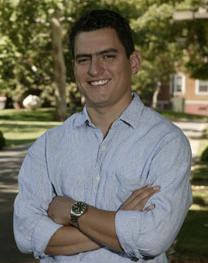 WHERE: The discussion will take place at Brookens Auditorium, located on the lower level of Brookens Library, at UIS.

DETAILS: Jackson is an assistant professor of Chicana/o Studies at the University of California at Davis, and the Director of Taller Arte del Nuevo Amanecer, a community art center in Woodland, California. His book titled “Chicana and Chicano Art: ProtestArte”, is the first book solely dedicated to the history, development, and present-day flowering of Chicana and Chicano visual arts.

Jackson, born and raised in East Los Angeles, comes from a multigenerational family of working people. Inspired by and furthering the Chicano art movement, Jackson brings to UIS his series of large silk screen prints to tell the story of Mi América/My America. This is a story of the United States that he sees, that his family and community experienced, that he understands himself to live in as a Chicano artist. Like a visual essay, his work depicts moments in the history of his Mexican American community and other communities connected to social justice and human rights issues.

The UIS Visual Arts Gallery will host the Mí America/My America exhibition from February 1-March 23 in the gallery located inside the Health and Science Building (HSB 201). An opening reception will be held following the discussion in the gallery on February 17 from 6:30 to 8 p.m.

Normal gallery hours are Monday-Thursday 11 a.m. to 6 p.m. For more information contact the gallery by phone at 217/206-6506 or by email at gallery@uis.edu. You may also visit: www.uis.edu/visualarts/gallery.html
Blake Wood at 10:25 AM
Share