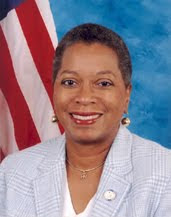 WHAT: The University of Illinois Springfield and the Southern Illinois University School of Medicine are pleased to announce that Congresswoman Donna M. Christensen, delegate from the U.S. Virgin Islands, will deliver an address on issues of race, class and ethics in today’s health care. Her appearance is also sponsored by the Illinois Humanities Council.

WHERE: South Auditorium on the SIU School of Medicine campus, located at 801 North Rutledge Street, Springfield

DETAILS: The Honorable Donna M. Christensen is serving her seventh term in the United States Congress. She is the first female physician in the history of the U.S. Congress, the first woman to represent an offshore territory, and the first woman delegate from the U.S. Virgin Islands. Congresswoman Christensen serves on a number of Congressional committees, including Energy and Commerce and its Subcommittee on Health, Telecommunications and the Internet; Natural Resources and its subcommittee on Insular Affairs, Oceans and Wildlife and subcommittee on National Parks, Forests and Public Lands.

Delegate Christensen is the chair of the Congressional Black Caucus Health Braintrust, which oversees and advocates minority health issues nationally and internationally. Congresswoman Christensen has been quoted as saying, “Health care is the civil rights issue of the 21st century.” In her talk in Springfield, Congresswoman Christensen will offer the reasons that she believes that health care is such an important issue for America now, exploring how race and/or social class may limit access to health care.

The congresswoman’s speech will be preceded at 6 p.m. by a reception at the Pearson Museum across the hall from the auditorium. Both events are free and open to the public.

Parking is available in the SIU lot on the north side of the 801 Building. The Pearson Museum and the South Auditorium are located on the second floor of the building.

The evening with Congresswoman Christensen is sponsored by the Friends of Brookens Library at the University of Illinois Springfield, the Southern Illinois University School of Medicine, and the Illinois Humanities Council.