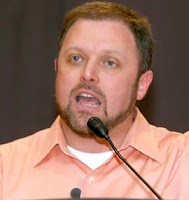 WHAT: The University of Illinois Springfield Engaged Citizenship Common Experience (ECCE) Speakers Series presents “An Era of Post-Racial Equality.” This event will feature Tim Wise, a prominent anti-racist writer and educator, who is known internationally for his efforts.

WHERE: Brookens Auditorium, located on the lower level of Brookens Library, with overflow seating available in conference rooms PAC C/D.

DETAILS: Wise, who was recently named one of “25 Visionaries Who are Changing Your World” by Utne Reader, has spoken in 49 states, on over 600 college campuses, and to community groups across the nation. He has also lectured internationally in Canada and Bermuda on issues of comparative racism, race and education, racism and religion, and racism in the labor market.

He has been called, “One of the most brilliant, articulate and courageous critics of white privilege in the nation,” by best-selling author and professor Michael Eric Dyson of Georgetown University.

Wise has provided anti-racism training to teachers nationwide and has conducted trainings with physicians and medical industry professionals on how to combat racial inequities in health care. He has also trained corporate, government, entertainment, military and law enforcement officials on methods for dismantling racism in their institutions and has served as a consultant for plaintiffs’ attorneys in federal discrimination cases in New York and Washington State. For more information, visit Wise’s website at www.timwise.org.