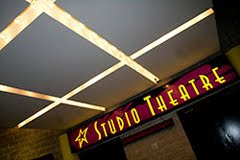 The fall production is I Hate Hamlet by Paul Rudnick. The play follows “a young and successful television actor, who relocates to New York, where he rents a marvelous, gothic apartment. With his television career in limbo, the actor is offered the opportunity to play Hamlet onstage, but there's one problem: He hates Hamlet. His dilemma deepens with the entrance of John Barrymore's ghost, who arrives intoxicated and in full costume to the apartment that once was his. The contrast between the two actors, the towering, dissipated Barrymore whose Hamlet was the greatest of his time, and Andrew Rally, hot young television star, leads to a wildly funny duel over women, art, success, duty, television, and yes, the apartment.” –Dramatists Play Service

UIS Associate Professor of Theatre Eric Thibodeaux-Thompson will direct. Production dates are Oct. 28-30 and Nov. 3-5, 2011. Open auditions will be held August 28-30, 2011 in The Studio Theatre. Check www.uis.edu/theatre for updated times and information.

The spring production is True West by Sam Shepard. “True West is a character study that examines the relationship between Austin, a screenwriter, and his older brother Lee. It is set in the kitchen of their mother's home 40 miles east of Los Angeles. Austin is house-sitting while their mother is in Alaska, and there he is confronted by his brother, who proceeds to bully his way into staying at the house and using Austin's car. In addition, the screenplay which Austin is pitching to his connection in Hollywood somehow gets taken over by the pushy con-man tactics of Lee, and the brothers find themselves forced to cooperate in the creation of a story that will make or break both their lives. In the process, the conflict between the brothers creates a heated situation in which their roles as successful family man and nomadic drifter are somehow reversed, and each man finds himself admitting that he had somehow always wished he were in the other's shoes.” - Sam Shepard’s website

The San Francisco Chronicle states: "It's clear, funny, naturalistic. It's also opaque, terrifying, surrealistic. If that sounds contradictory, you're on to one aspect of Shepard's winning genius; the ability to make you think you're watching one thing while at the same time he's presenting another."

UIS Assistant Professor of Theatre Missy Thibodeaux-Thompson will direct. Production dates are Feb. 24-26 and March 1-3, 2012. While “True West” is partially a "faculty showcase" -- with Eric Thibodeaux-Thompson playing the role of Lee as part of his sabbatical that semester, open auditions will take place December 1 & 2 for the remaining roles. Students will continue to be integral to the production team for this show, as they are in all productions. More information will be posted on www.uis.edu/theatre.

For more information on the upcoming theatre season contact Eric Thibodeaux-Thompson at 217/206-6613 or email ethib1@uis.edu.
Blake Wood at 10:45 AM
Share