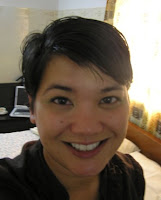 Schlund-Vials is the Interim Director of Asian American Studies Institute and Faculty Director of Humanities House at UConn. She received her Ph.D. in English with a concentration in American Studies from the University of Massachusetts Amherst where she served as the program curator for New WORLD Theatre, a company dedicated to developing and producing works by artists of color.

For a list of other ECCE Speakers Series events and more information, visit http://illinois.edu/goto/speakerseries.
Blake Wood at 3:04 PM
Share