UIS Speakers Series presents "The Other Emancipation of the 1860s: Freeing Russia's Serfs" 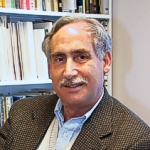 WHAT: The University of Illinois Springfield Engaged Citizenship Common Experience (ECCE) Speakers Series presents “The Other Emancipation of the 1860s: Freeing Russia's Serfs” featuring author Peter Kolchin, Ph.D., the Henry Clay Reed Professor of History at the University of Delaware.

Kolchin received his Ph.D. from Johns Hopkins University in 1970, specializes in nineteenth-century U.S. history, the South, slavery and emancipation, and comparative history. His books include First Freedom: The Responses of Alabama's Blacks to Emancipation and Reconstruction (1972, Revised Ed. 2008), Unfree Labor: American Slavery and Russian Serfdom (1987), American Slavery, 1619-1877 (1993, revised ed. 2003), and A Sphinx on the American Land: The Nineteenth-Century South in Comparative Perspective (2003).

This event is co-sponsored by the Illinois State Historical Society, the UIS College of Liberal Arts and Sciences, the College of Public Affairs and Administration, the Department of History, and International Programs

For a list of other upcoming ECCE Speakers Series events and more information, visit http://illinois.edu/goto/speakerseries. All events are free and open to the public.
Blake Wood at 2:37 PM
Share