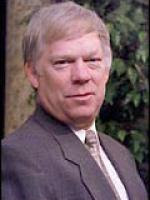 WHAT: The University of Illinois Springfield Engaged Citizenship Common Experience (ECCE) Speakers Series presents a discussion on “The United States & Asia” featuring Robert Hathaway, director of the Asia Program at the Woodrow Wilson International Center for Scholars in Washington, D.C.

DETAILS: In the first term of the Obama Administration, the President was focused on winding down American involvement in Iraq and Afghanistan. In the second term, look for a greater American engagement with Asia, especially with China & India. With the challenge of a nuclear North Korea with increasing missile capability, the region also holds its share of military challenges. Hathaway will explore the key challenges and opportunities presented to the U.S. by the historic rise of Asia.

Prior to joining the Wilson Center, Hathaway served for twelve years on the professional staff of the Foreign Affairs Committee of the U.S. House of Representatives, where he specialized in American foreign policy toward Asia. He has also been a member of the history staff of the Central Intelligence Agency, and has taught at George Washington University and at Barnard, Middlebury, and Wilson Colleges. He holds a Ph.D. in American Diplomatic History from the University of North Carolina.

Much of his recent work has focused on Pakistan, including the co-edited Empty Bellies, Broken Dreams: Food Insecurity and the Future of Pakistan (Vanguard Books, 2011) and Powering Pakistan: Meeting Pakistan’s Energy Needs in the 21st Century (Oxford University Press, 2009).

This event is co-sponsored by World Affairs Council of Central Illinois. For a list of other upcoming ECCE Speakers Series events and more information, visit http://illinois.edu/goto/speakerseries. All events are free and open to the public.
Blake Wood at 9:39 AM
Share