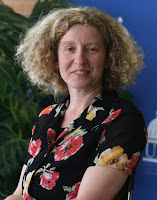 WHAT: As the U.S Congress prepares to address immigration reform, college and university presidents across the country have declared April 19 the College and University Immigration Reform Day of Action. The University of Illinois Springfield Engaged Citizenship Common Experience (ECCE) Speakers Series will host a presentation, “The DREAM Is Now: The Whats, Whys, & Hows of Immigration Reform”, exploring the topic.

DETAILS: In this presentation, Hinda Seif, UIS assistant professor of sociology/anthropology and women and gender studies, will address issues and related questions such as use of terminology (what do we call people living in the U.S. without legal status?), the demographics, economics and politics of immigration, why so many immigrants, especially from Mexico and other Latin American countries, are considered “illegal” today, and current reform policies and proposals. She will incorporate some of her research on immigrant youth activists in greater Chicago and across the country.

Seif is a research associate at the University of California San Diego’s Center for Comparative Immigration Studies. She serves as faculty advisor for the UIS Organization of Latin American Students (OLAS). Her research, which focuses on Mexican immigrant politics and immigrant youth activism, has appeared in academic journals including Latin American Perspectives and Latino Studies and books including State and Local Immigration Policy Activism in the U.S. (Monica Varsanyi, ed., Stanford University Press).

For a list of other upcoming ECCE Speakers Series events and more information, visit http://illinois.edu/goto/speakerseries. All events are free and open to the public.
Blake Wood at 1:50 PM
Share