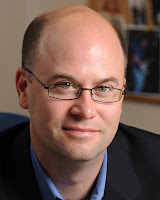 WHAT: The University of Illinois Springfield Engaged Citizenship Common Experience (ECCE) Speakers Series and the Notre Dame Club of Central Illinois presents “Law, Religion, and Politics in the American Constitution and Tradition” as part of a Constitution Day event. The Hesburgh Lecture will be led by Richard Garnett, professor of law and political science at the University of Notre Dame.

DETAILS: Garnett’s talk will address how citizens might understand the Constitution’s prescription of a separation of church and state, and what is required of religious believers and institutions that engage in public and political life. The topic is timely, especially in the wake of recent elections, the Pledge of Allegiance case, the contraception-coverage mandate, and the same-sex marriage controversy, and the debate about the appropriate role of religious believers and arguments in public life.

Garnett teaches and writes about criminal law, constitutional law, religious freedom, and the freedom of speech. Before coming to Notre Dame, he served as a law clerk to Chief Justice William Rehnquist and to Chief Judge Richard S. Arnold of the U.S. Court of Appeals for the Eighth Circuit. He also practiced law at the Washington, D.C. law firm of Miller, Cassidy, Larroca & Lewin, specializing in criminal defense and religious liberty matters. Garnett’s scholarly work is in the areas of law and religion, federalism, school choice, and the freedom of association. He has also participated in the drafting of numerous amicus curiae briefs submitted to the U.S. Supreme Court in First Amendment cases, including Zelman v. Simmons-Harris, the landmark school-voucher decision.

For a list of other upcoming ECCE Speakers Series events and more information, visit http://illinois.edu/goto/speakerseries. All events are free and open to the public.
Blake Wood at 3:11 PM
Share