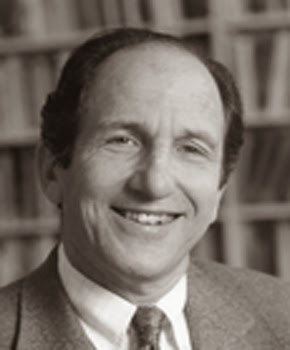 WHAT: Theodore R. Marmor, professor emeritus at Yale University, will present a lecture entitled "Making Sense of ObamaCare: Fact, Fiction, and Confusion”. This event is free and open to the public.

DETAILS: Marmor will discuss the political struggles that take place in medical care; the core claim is that there is no politics of medical care, but a huge range of political struggles in medical care. He’ll also address the origins, character, and implementation experience of what is known as Obamacare, the Affordable Care Act, and 'health reform.' Marmor’s visit was initiated as part of a UIS Political Science course on current & emerging public policy.

Marmor taught for three decades in Yale’s School of Management, Department of Political Science, and Law School. He has been a visiting Professor at Harvard’s Kennedy School of Government, the School of Management at McGill, and the Conservatoire National des Arts et Metiers in Paris as well as holding visiting fellowships at the Institute for Advanced Studies in the Netherlands and All Souls College, Oxford.

Marmor was educated at Harvard University (B.A. and Ph.D.) and was a graduate fellow at Wadham College, Oxford. From 1992 to 2003 he was the Director of the Robert Wood Johnson Foundation’s post-doctoral program in health policy, and in 2001 the Foundation also awarded him an Investigator Award in Health Policy.

Marmor the author (or co-author) of thirteen books, he has published over 200 articles in a wide range of scholarly journals. He began his career as an assistant to Wilbur J. Cohen, the U.S. Secretary of Health, Education and Welfare who played a key role in creating Medicare.

His appearance is co-sponsored by the UIS College of Public Affairs and Administration, the UIS Public Health Department, the UIS Political Science Department, the UIS Center for State Policy and Leadership, the Southern Illinois University School of Medicine and with the cooperation of the Sangamon County Medical Society.

For more information, contact Matthew Holden, the UIS Wepner Distinguished Professor in Political Science, at 217/206-8519.
Blake Wood at 9:32 AM
Share