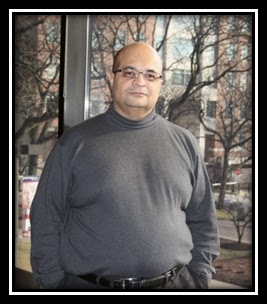 The University of Illinois Springfield Engaged Citizenship Common Experience (ECCE) Speakers Series continues its focus on Hispanic Heritage Month with a discussion and film screening of Storming the Gates: The Struggle for Access to Higher Education in Illinois, led by industry expert Detmer "DJ" Wells of the Kaleidoscope Group.

The film screening and discussion will take place at Brookens Auditorium on Wednesday, October 1, 2014 at 6 p.m.

Storming the Gates: The Struggle for Access to Higher Education in Illinois is a documentary which traces the history of how minorities gained admission into major academic institutions in Illinois.
The film illustrates the links between access and the civil rights movements of Blacks and Latinos in the 60s and 70s as well as the role Illinois played in the national struggle for access and equality.

Wells' discussion will include the importance of black and brown people uniting against actions that would cut back on affirmative action gains.

Wells has an extensive background in higher education, including working for the Urban Health Program at University of Illinois at Chicago campus, which seeks to address both health and educational access for traditionally underrepresented minority students in the health professions. He is currently a Vice President at the Kaleidoscope Group, a full service diversity and inclusion consulting firm, and an adjunct faculty member at Governors State University.

All events are free and open to the public.