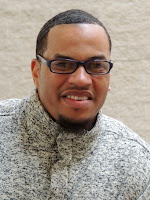 The Illinois Innocence Project (IIP), based at the University of Illinois Springfield, will host its most recent exonoree, Teshome Campbell, for an informational talk on Tuesday, October 11, 2016 at 6:00 p.m. in the UIS University Hall Building, Classroom 3080.

Teshome Campbell spent 18 years of his life in prison for a Champaign murder he did not commit.

In January 2016, Campbell became IIP’s most recent exonoree and walked away from the Danville Correctional Facility a free man.

Campbell will share his story with the public and explain how ineffective counsel, erroneous eyewitness identification and incentivized witnesses shaped his wrongful conviction.

Campbell will be available for media interviews from 5-5:30 p.m. in the Public Affairs Center (PAC) Atrium or in the office of the Illinois Innocence Project (PAC 429).

The Illinois Innocence Project is dedicated to releasing innocent men and women imprisoned in Illinois for crimes they did not commit.

For more information on the Illinois Innocence Project contact Larry Golden at 217/206-6569.
Angela Try at 10:42 AM
Share