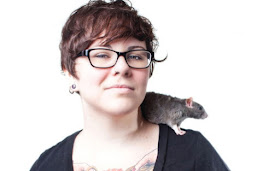 Stage is a Philadelphia-based artist, suicide awareness activist, and public speaker. She struggled with self-injury for nine years and survived a suicide attempt catalyzed by an emotionally and physically abusive relationship. These experiences, coupled with the loss of friends to suicide and the lack of resources for attempt survivors, prompted her to create “Live Through This”.

Stage speaks at universities and conferences nationwide. She provided commentary for The Glenn Beck Program, Fox News and BBC Radio. Her writing was published by Cosmopolitan, Huffington Post, and XoJane. In January 2017, she received a SXSW Community Service award, the American Association of Suicidology’s inaugural Transforming Lived Experience Award and received Investigation Discovery’s Every Day Hero award. “Live Through This” has received extensive media coverage, including features in The New York Times, Associated Press, NPR, and more. Stage is featured in an upcoming documentary about suicide prevention advocates called “The S Word,” due out later this year.

“Live Through This” is co-sponsored by the UIS Visual Arts Gallery, The UIS ECCE Speaker Series, NPR Illinois (WUIS) and the UIS Office of Gender and Sexuality Services. “Live Through This” launches Queertober at UIS, a month-long celebration in October that features educational, informative, and social events that raise awareness and provide support for sexual and gender minority students (LGBTQIA+) and communities at UIS.