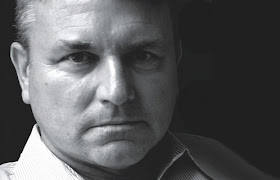 WHAT: The University of Illinois Springfield Engaged Citizenship Common Experience (ECCE) Speaker Series presents “From Racial Hatred to Rational Love: Confessions of a Former White Supremacist” with speaker Joseph Pearce. This event is co-sponsored by the UIS Diversity Center and the Catholic Student Organization and is free and open to the public.

DETAILS: Joseph Pearce's talk will take the audience through his journey from racist revolutionary to his rejection of that ideology. Before he became a well-known college professor of literature, Pearce was a leader of the National Front, a British nationalist white supremacist group. Pearce will chronicle his life from disseminating literature extolling the virtues of the white race, to organizing pro-fascist concerts and brawling on the streets, to his imprisonment for inciting racial hatred and finally to the role that important literary figures played in his conversion from radical revolutionary to Catholic author.

Joseph Pearce is Tolkien & Lewis chair in literary studies at Holy Apostles College & Seminary and senior editor at the Augustine Institute. He is editor of the St. Austin Review, series editor of the Ignatius Critical Editions, and executive director of Catholic Courses. His books include “The Quest for Shakespeare,” “Tolkien: Man and Myth,” “The Unmasking of Oscar Wilde,” “C. S. Lewis and The Catholic Church, Literary Converts, Wisdom,” “Innocence: A Life of G.K. Chesterton, Solzhenitsyn: A Soul in Exile” and “Old Thunder: A Life of Hilaire Belloc.”

Individuals with disabilities who anticipate the need for accommodations should contact the UIS Speaker Series Office at 217/206-8507 or speakerseries@uis.edu in advance. For a list of other upcoming ECCE Speaker Series events, visit www.uis.edu/speakerseries/.
Blake Wood at 10:50 AM
Share