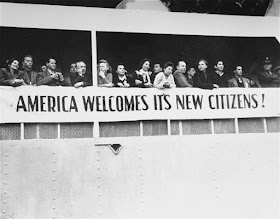 WHAT: The University of Illinois Springfield Engaged Citizenship Common Experience (ECCE) Speaker Series will host a panel discussion exploring the Displaced Persons Act of 1948, which gave European refugees the ability to immigrate to the U.S. following World War II. The panel discussion is free and open to the public.

DETAILS: This year marks the 70th anniversary of the Displaced Persons Act, which directly impacted the ethnic composition of Illinois, resulting in the influx of a large Lithuanian population in Chicago and Springfield. This panel discussion will examine how immigration at local and regional levels relates to the broader domestic and international contexts of the post-World War II period. Children of displaced persons will share their stories. The panel discussion of historical immigration policy can also inform our understanding of contemporary refugee crises and immigration debates.

Members of the panel discussion include Robert Vitas, chairman of the Lithuanian Research and Studies Center in Chicago and executive director of the Inter-University Seminar on Armed Forces and Society; Sandy Baksys, author of “A Century of Lithuanians in Springfield, Illinois” and president of the Lithuanian-American Club of Central Illinois; Devin Hunter, UIS assistant professor of U.S. and public history; and Heather Bailey, UIS associate professor of modern European and Russian history.

This event is co-sponsored by the UIS History Department, Lithuanian-American Club of Central Illinois and the Illinois State Historical Society.

Individuals with disabilities who anticipate the need for accommodations should contact the UIS Speaker Series Office at 217/206-8507 or speakerseries@uis.edu in advance. For a list of other upcoming ECCE Speaker Series events, visit www.uis.edu/speakerseries/.
Blake Wood at 11:51 AM
Share