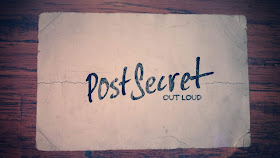 DETAILS: When Frank Warren started his PostSecret project in 2004, he had no idea it would become a global phenomenon. PostSecret invited strangers to anonymously reveal their secrets on a homemade postcard. This simple act resulted in more than one million postcards being sent from around the world, most published in his book “PostSecret.”

This event will encourage individuals to reflect upon ways to encourage our own interpersonal connections. Warren’s discussion will include UIS’ own PostSecret project.

Warren is a Springfield High School graduate. He is excited to return to his hometown to discuss PostSecret. The postcards have been featured in five New York Times bestselling books and in the Museum of Modern Art and the Smithsonian. The project earned him a HopeLine Lifetime Achievement Award for his contributions to suicide prevention. Warren has also shared his work surrounding issues of mental illness at the White House.