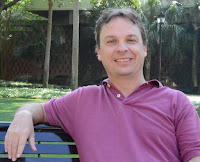 DETAILS: During the talk, Ferguson will present evidence that suggests violent video games do not contribute to violence in society. He will argue that continuing the moral panic over video games and technology can distract society from pressing social issues, such as mental health reform and gun policies. According to Ferguson, data from multiple studies suggests that violent games predict actual violence no better than a coin toss. Likewise, he says, concerns about video game or technology “addiction” are not firmly based in solid data. This talk offers tips for separating the rhetoric from good data on issues related to video game use and its impact on children.

Ferguson holds a Ph.D. in clinical psychology from the University of Central Florida. He has clinical experience particularly in working with offender and juvenile justice populations as well as conducting evaluations for child protective services. In 2013, he was awarded a Distinguished Early Career Professional Award from Division 46 (media psychology and technology) of the American Psychological Association. In 2014, he was named a fellow of the American Psychological Association through Division 1 (General Psychology, effective January, 2015). He is also the author of a historical mystery novel entitled “Suicide Kings” and “Moral Combat: Why the War on Violent Video Games Is Wrong.”

Individuals with disabilities who anticipate the need for accommodations should contact the UIS Speaker Series Office at 217/206-8507 or speakerseries@uis.edu in advance. For a list of other upcoming ECCE Speaker Series events, visit www.uis.edu/speakerseries/.
Blake Wood at 10:20 AM
Share