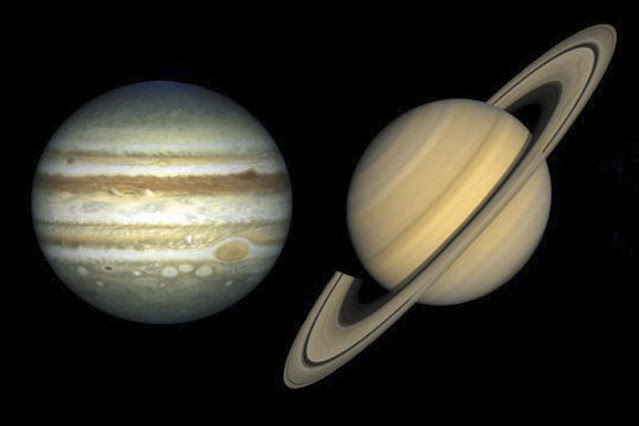 The University of Illinois Springfield Observatory is holding a virtual Star Party for the great conjunction of Jupiter and Saturn from 5-6:30 p.m. Monday, Dec. 21.

Participants can learn more and watch the virtual start party on Zoom by accessing the link at go.uis.edu/starparties.

The conjunction of Jupiter and Saturn is an infrequent event occurring when the apparent positions of the planets converge in the sky. Normally, just one planet is visible through the telescope at a time. During this great conjunction the apparent distance between Jupiter and Saturn will be less than six times the apparent diameter of Jupiter, the closest the two have been in more than 800 years. Over the course of a few nights, both will be visible simultaneously in the same telescope field of view with their closest approach on Dec. 21. Although they appear close together, Saturn will be at a distance of nearly 460 million miles behind Jupiter.

In the days before and after the great conjunction, Jupiter and Saturn are visible as a bright pair low in the southwestern sky after sunset. A pair of binoculars should reveal some detail not visible to the naked eye.

The UIS Observatory great conjunction star party will virtually offer a live view of Jupiter and Saturn together until they set around 6:30 p.m. The event will also feature commentary and answers to live questions by John Martin, UIS associate professor of astronomy/physics. In the event of poor weather, we will share recorded pictures and video of the event.