Wepner Symposium on the Lincoln Legacy and Contemporary Political Science 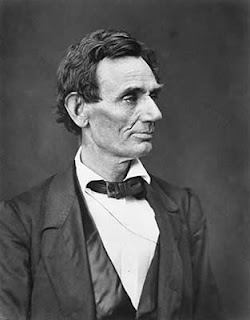 The University of Illinois Springfield Political Science Department presents the inaugural Wepner Symposium on the Lincoln Legacy and Contemporary Political Science, to be held October 8-9, 2010.

The symposium is designed to provide an opportunity for political scientists to present recent research related to the Lincoln legacy, to relate such work to the broader discipline of political science and to discuss the broad range of Lincoln studies. The event will also welcome K-12 educators from Springfield, who teach classes in history and government. All events are free and open to the general public, with the exception of the Friday night dinner.

Events begin on Friday, October 8 in Conference Room D of the Public Affairs Center on the UIS campus. The first session focuses on “Thinking About Lincoln: The Ownership and Interpretation of Abraham Lincoln”, which runs from 8:10 to 9:20 a.m. The discussion will feature Tim Miller, associate professor of Political Science at UIS; Kristina Stevens of Old Dominion University; and Stephen Skowronek of Yale University.

The second session of the day addresses “Presidents and the Challenge of Maintaining the Union”, which runs from 9:30 to 10:30 a.m. The discussion will be lead by Fred I. Greenstein, an Emeritus professor from Princeton University; David Robertson of the University of Missouri St. Louis; and Bert A. Rockman, head of the Purdue University Political Science Department.

“Presidents and Military Command” will be the focus of the third session of the day from 10:45 to 11:45 a.m. The panel will discuss the explicit and implicit bargaining and command relationships between the Chief Executive and the general officers through the exercise of command over the military. The panel includes Pinky Wassenberg, dean of the UIS College of Public Affairs and Administration; Vice Adm. Ronald Thunman, United States Navy, retired; and Richard Sobel of Northwestern University.

Following lunch, the topic turns to “The Lincoln Legacy and the Problem of Exclusion and Inclusion” from 12:30 to 1:40 p.m. Janet Martin of Bowdoin College; Jason Pierceson chair of the UIS Political Science Department; and Adrianna M. Crocker, assistant professor of Political Science at UIS will be the featured speakers during this panel.

“The Lincoln Legacy and the How Institutions Have Been Adapted” will be discussed from 1:40 to 2:55 p.m. The panel looks at how the Lincoln legacy may be evaluated in reference to the capacity of American government, after Lincoln, to deal with critical problems of adaptation. Rich Valelly of Swarthmore College, Lenneal Henderson of the University of Baltimore and Shamira Gelbman of Illinois State University will discuss the topic.

The day of sessions concludes with a discussion on “Lincoln and Obama” from 3 to 4 p.m., which explores how “the people” have seen two distinctive persons in the Presidency. The discussion will be led by Joe Lowndes of the University of Oregon; Wilbur Rich, emeritus professor at Wellesley University; James W. Ingram III of San Diego State University; and Shoon Lio, UIS assistant professor of Sociology & Anthropology.

A dinner for registered participants will be held at the Sangamo Club starting at 6:30 p.m. and will feature Peyton McCrary of the U.S. Department of Justice.

On Saturday, October 9, 2010, two sessions will be taking place. The first, “Lincoln Studies and Political Science: What should scholarship now take up?” will be held from 8 to 10:30 a.m. at the Abraham Lincoln Presidential Library and Museum. This round table discussion will feature Mildred Robinson of the University of Virginia Law School; Bert A. Rockman of Purdue University; David Robertson of the University of Missouri St. Louis Thomas Schneider of Boston University; and Thomas Schwartz, the Illinois State Historian.

The symposium moves to the Hall of Representatives at the Old State Capitol from 10:15 to Noon with “What Shall We teach the Young?”: A Forum on the Lincoln legacy, Political Science, and K-12 Social Studies. This session will give participants an opportunity to discuss what there is to be taught and learned on the Lincoln legacy in middle school and high school social studies. The keynote speaker will be Rogers S. Smith, a Springfield native and professor at the University of Pennsylvania.