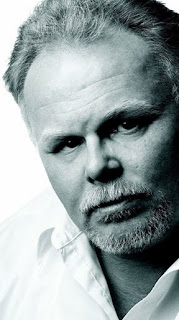 WHAT: The UIS Downstate Illinois Innocence Project will host a presentation by Kirk Bloodsworth. He is the first death row Innocence Project exoneree in the United States that was freed using post-conviction DNA testing.

WHERE: Brookens Auditorium, located on the lower level of Brookens Library on the University of Illinois Springfield campus.

DETAILS: The appearance is being held in celebration of the receipt of the $687,448 U.S. Department of Justice Bloodsworth Grant, which was recently awarded to the UIS Downstate Innocence Project. The Project has formed a partnership with the University of Illinois College of Law and the Southern Illinois University Law School to conduct a review of and possible DNA testing in 30 downstate Illinois cases where DNA testing might decide the outcome.

Kirk Bloodsworth was exonerated using DNA testing for the rape and murder of a nine-year-old girl in Maryland. He spent 8 years in prison and two on death row before DNA testing proved his innocence. Bloodsworth was released from prison in June 1993 and pardoned in December 1993. The Innocence Protection Act of 2003 established the Kirk Bloodsworth Postconviction DNA Testing Program, which provides funding for testing under the act.

This event is sponsored by the Center for State Policy and Leadership, UIS Office of Student Affairs, College of Public Affairs and Administration, Chancellor’s Office, Office of Development, and Office of Undergraduate Education.

For more information contact Larry Golden at 217/553-7171 or email lgold1@uis.edu. More information about the Innocence Project can be found on their website at www.uis.edu/innocenceproject/.
Blake Wood at 9:37 AM
Share