The University of Illinois Springfield Alumni Awards Dinner will be held on Friday, November 12, beginning at 6:00 p.m., at the Public Affairs Center Sangamon Auditorium Lobby on the UIS campus. 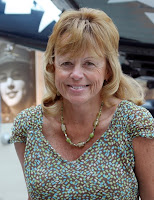 Lin Ezell, ‘74, director of the National Museum of the Marine Corps will receive the Alumni Achievement Award. The award is the highest honor bestowed upon graduates of the University. It is given to those who have attained distinction and success in one’s profession or life work. Ezell graduated from UIS with a bachelor’s degree in English. She worked at NASA in Houston for 10 years, and then went on to work for the Smithsonian for 21 years before becoming the director of the new National Museum of the Marine Corps. 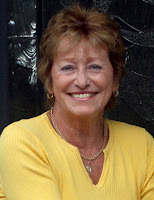 Janice Spears, Ph.D., ’73, M.A.'74, M.A.'81 will be honored with the Loyalty Award for Exceptional Alumni Service. The award is given to individuals who support the role of the Alumni Association, and give of themselves in support of their Alma Mater. Spears started volunteering at UIS after returning to Springfield. She helps welcome back students each fall at the Chancellor’s Picnic; has provided volunteer leadership to groups such as the CEHS Alumni Council and the UIS Alumni SAGE Society; and also volunteers time to WUIS’ “Alumni on the Air Day”. Spears, who graduated with degrees in sociology and anthropology and educational administration, was a school administrator for 16 years and an elementary school teacher, teaching all subjects to 4th, 5th, and 6th graders. 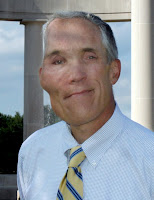 Tim Schweizer, M.B.A. ’85 is also a recipient of the Loyalty Award for Exceptional Alumni Service. Many might recognize his name (and voice) from his work as a sports reporter for WFMB Sports Radio 1450 in Springfield. As an alumnus of UIS, he has served on the Campus Alumni Advisory Board for the Alumni Association, on the board of Friends of Brookens Library, and, when he has the opportunity, he helps with spring and fall membership campaigns at WUIS. Schweizer earned a master’s degree in business administration from SSU and the skills he learned in the program, particularly the writing skills, have served him throughout his career. 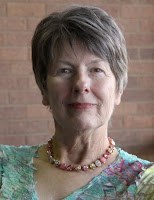 The Distinguished Service Award is presented to individuals who have demonstrated exceptional commitment and service to the University. Dr. Judith Everson is the recipient of the 2010 Distinguished Service Award. She was a charter faculty member of SSU, and retired in 2001, after 31 years of fulltime teaching, but she remains active with the university community. She taught English, History and Public Speaking. Her activities include participating in the UIS Alumni SAGE Society, a group for alumni, friends and faculty of SSU/UIS over the age of 50. She currently works on the Lifelong Learning Committee of SAGE, which is responsible for organizing classes and lunch programs for alumni, faculty, and friends. 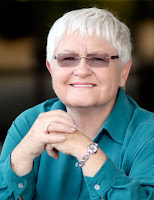 Francie Staggs, ’81, M.A. ’91 will receive the Alumni Humanitarian Award, which recognizes alumni who have made great contributions of leadership and service to improve the lives of others. Staggs has given a lot of her time to volunteering. Organizations she has volunteered for include the Springfield Overflow Shelter, the Abraham Lincoln Presidential Library and Museum, the Old State Capitol Foundation, the Elijah Iles House, and the National Society Daughters of the American Revolution, just to name a few. Staggs graduated from SSU/UIS with an undergraduate degree and master’s degree in history.

For more information on the Alumni Awards dinner and the award recipients, contact the Office of UIS Alumni Relations/UI Alumni Association at 217/206-7395 or alumni@uis.edu.