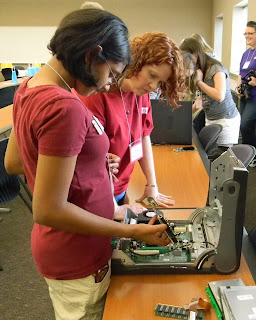 The registration fee is $30 per girl, which covers lunch both days, snacks and a participation t-shirt. To be eligible to participate, the girl must be entering 7th, 8th or 9th grade in the fall of 2011. For more information about the camp and to register visit http://csc.uis.edu/girltech/. Registration is suggested by June 6, 2011.
Blake Wood at 10:39 AM
Share