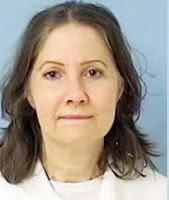 At the press conference wrongful accused mothers, Laura Nimke of Streator, Nichole Crister of Galesburg, and Michelle Weidner of Peoria will discuss their cases involving the misdiagnosis of shaken baby syndrome. They will call upon DCFS to adopt rules requiring a more thorough review of pediatric and medical records before making a finding of child abuse.
Blake Wood at 4:50 PM
Share