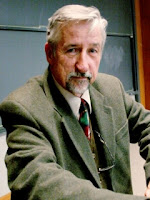 WHAT: Tom Hayden, one of the co-founders of the 1960s group Students for a Democratic Society and author of the Port Huron Statement, will speak at the University of Illinois Springfield as part of the Engaged Citizenship Common Experience (ECCE) Speakers Series.

DETAILS: Few symbolized 1960s radicalism as boldly as Tom Hayden. In March 1962, the 22-year-old student journalist and activist sat down in his Manhattan apartment to begin work on an "agenda for a generation," a manifesto that would distil the fears and hopes and values of the student movement then rising on American campuses.

Three months later, Hayden co-founded the Students for a Democratic Society (SDS), the leading organization of the New Left movement. Under his direction, the the Port Huron Statement, set out a vision of bottom-up "participatory democracy" as the common thread binding the various left-liberal causes – civil rights, anti-poverty, anti-nuclear, peace, labor, free speech, campus reform – and a life-affirming answer to the conformism and apathy of the time.

In addition to being a co-founder of SDS, he was a Freedom Rider in the South, a member of the Chicago Eight put on trial for disrupting the 1968 Democratic National Convention, and a Vietnam War protester. Later he earned fame in other ways, by marrying actress and activist Jane Fonda and serving in the California legislature.

For a list of other upcoming ECCE Speakers Series events and more information, visit http://illinois.edu/goto/speakerseries. All events are free and open to the public.
Blake Wood at 11:51 AM
Share