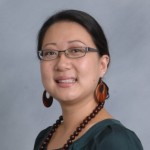 WHAT: The University of Illinois Springfield Engaged Citizenship Common Experience (ECCE) Speakers Series presents “Asian Americans Are (Not) Funny?: Comedy and Racialization”. The discussion will be led by Caroline Kyungah Hong, assistant professor of English at Queens College CUNY.

For a list of other ECCE Speakers Series events and more information, visit http://illinois.edu/goto/speakerseries. All events are free and open to the public.
Blake Wood at 1:02 PM
Share