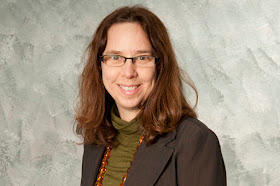 WHAT: The University of Illinois Springfield Engaged Citizenship Common Experience (ECCE) Speaker Series will explore “What's Wrong with White Talk?” with Alison Bailey, director of the Women's and Gender Studies Program at Illinois State University and professor of philosophy.

DETAILS: While rejecting racism, recognizing shared experiences, and praising equality, sound great, “White Talk” can shutdown important conversations. As Bailey explains, it steers discussion toward the moral goodness of the speaker and away from white privilege, effectively defending the speaker from vulnerabilities like feeling like a participant in privilege or absorbing painful testimony about its harms. Bailey suggests that rather than defend against these vulnerabilities, a better response is to use their power to become open to understanding privilege and to motivate change. Further, she gives us concrete guidance on how speakers can break their patterns of “White Talk” to be better anti-racists.

Bailey’s research addresses issues at the intersections of feminist theory, moral and political philosophy, philosophy of race/whiteness studies, and epistemology. She recently co-edited a special issue of Hypatia: A Journal of Feminist Philosophy on "The Reproduction of Whiteness: Race and the Regulation of the Gendered Body," with Jacquelyn N. Zita. Her recent work on philosophical issues related to racism and resistance has appeared in Hypatia, “Whiteness: Feminist Philosophical Perspectives, Feminist Ethics Revisited, and Race and Epistemologies of Ignorance”. She and Chris Cuomo have just co-edited The Feminist Philosophy Reader.

This event is co-sponsored by the UIS New Voices on Racial Justice Series and the UIS Department of Philosophy. For a list of other upcoming ECCE Speaker Series events and more information, visit www.uis.edu/speakerseries/. All events are free and open to the public.
Blake Wood at 2:59 PM
Share