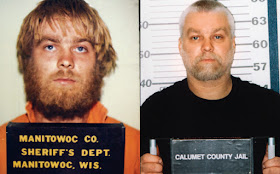 WHAT: The Illinois Innocence Project at the University of Illinois Springfield will hold a discussion about the important issues raised in the popular Netflix documentary series Making a Murderer. The presentation and discussion are free and open to the public.

DETAILS: Illinois Innocence Project staff attorney Lauren Kaeseberg and UIS Associate Professor of Legal Studies Gwen Jordan will make a short presentation about the Steven Avery murder case featured in the Netflix series. They will discuss some of the key issues raised by the documentary and answer questions from the audience.

Filmed over a 10-year period, Making a Murderer is an unprecedented real-life thriller about Steven Avery, a DNA exoneree who, while in the midst of exposing corruption in local law enforcement, finds himself the prime suspect in a grisly new crime. Set in Wisconsin, the series takes viewers inside a high-stakes criminal case where reputation is everything and things are never as they appear.

Light refreshments will be provided at the event and audience members are welcome to bring a lunch. For more information, contact Gwen Jordan at 217/206-8520 or gjorda2@uis.edu.
Blake Wood at 10:49 AM
Share