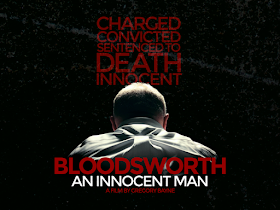 WHAT: The Illinois Innocence Project (IIP), based at the University of Illinois Springfield, will host one of dozens of events throughout the world recognizing International Wrongful Conviction Day. The public is invited to a screening of the recently released documentary “Bloodsworth: An Innocent Man”.

DETAILS: In 1985, Kirk Bloodsworth was sentenced to die in a Maryland penitentiary for the brutal rape and murder of a 9-year-old girl. A crime he did not commit. The film chronicles Bloodsworth’s path to win his freedom in 1993, making him the first death row inmate exonerated by DNA evidence.

Bloodsworth was the featured speaker at the 2016 Illinois Innocence Project Defenders of the Innocent Event. IIP will honor him with the film screening as well as with a visual display on campus recognizing the 1,884 exonerations that have occurred in the United States and 175 from Illinois.

According to the Illinois Innocence Project, Illinois exonerees have lost a total of 1,831 years of their lives. An overwhelming majority of them are minorities.

International Wrongful Conviction Day began three years ago with the Association in Defense of the Wrongly Convicted. The day is designed to recognize the tremendous personal, social and legal costs associated with wrongful criminal convictions. To date, seven nations participate with events designed to inform and educate the international community on the causes, consequences and complications associated with wrongful criminal convictions.

For more information on the Illinois Innocence Project – Wrongful Conviction Day events, contact Lauren Myerscough-Mueller at 217/206-6051. You can also visit the website at www.uis.edu/illinoisinnocenceproject.
Blake Wood at 11:39 AM
Share