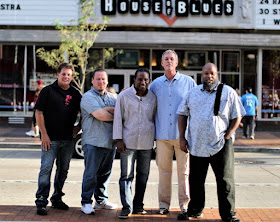 WHAT: The University of Illinois Springfield’s Illinois Innocence Project will hold the 12th annual Defenders of the Innocent fundraising event featuring the Exoneree Band. The band is comprised of five exonerees from throughout the country who lost a collective 92 years of their lives to wrongful imprisonment. Through storytelling and original songs, they will share their experiences of wrongful conviction and imprisonment.

DETAILS: The Illinois Innocence Project (IIP) will also recognize the posthumous exoneration of Grover Thompson, granted clemency in January 2019 by outgoing Gov. Bruce Rauner. This is considered the first posthumous exoneration in Illinois, according to the National Registry of Exonerations. Thompson was wrongfully convicted in 1981 and died during his wrongful imprisonment in 1996. In addition to securing Thompson’s pardon, IIP, since its founding in 2001, has helped free 11 wrongfully convicted individuals.

The Project will present its “Defender of the Innocent” awards to S.T. Jamison Jr. and James W. Reed Jr. Jamison advocated for the posthumous exoneration of his uncle, including testifying in front of the Illinois Prisoner Review Board. He represents all family and friends of the wrongfully convicted who never give up fighting to bring justice to their loved ones. Reed provides critical pro bono legislative consulting to IIP, helping staff navigate the legislative process and strengthen relationships with policymakers. In 2018, he guided IIP toward passage of landmark legislation and the overturn of Gov. Bruce Rauner’s subsequent veto to create the nation’s strongest law to protect innocent people from jailhouse informant testimony.

Registration for the Defenders of the Innocent event is required by Monday, March 25, 2019. Sponsorships are available. For more information or to purchase a seat, visit www.uis.edu/innocenceproject/ or call 217/206-6569.
Blake Wood at 10:55 AM
Share