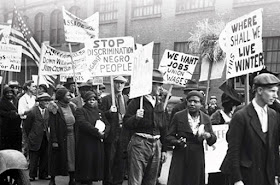 WHAT: The University of Illinois Springfield Engaged Citizenship Common Experience (ECCE) Speaker Series presents “Gateway to Equality: Black Women and the Struggle for Economic Justice in St. Louis,” a discussion by author Keona Ervin, assistant professor of African-American History in the Department of Black Studies at the University of Missouri-Columbia.

DETAILS: As part of Women's History Month, Ervin will examine one history of Black women's leadership in our region based on her book “Gateway to Equality: Black Women and the Struggle for Economic Justice in St. Louis,” which won the 2018 Missouri History Book Award. From the 1930s to 1960s, Black women formed a community-based culture of resistance to fight for employment, a living wage, dignity, representation, and political leadership. Their politics played an important role in defining urban political agendas. Professor Ervin sheds light on the overlapping civil rights and labor movements during the first half of the 20th century.

Ervin served as Center for Missouri Studies Faculty Fellow at the State Historical Society of Missouri. Her current projects examine the history of black women and the U.S. labor movement and working-class organization and black radical politics in the late 20th Century.

Individuals with disabilities who anticipate the need for accommodations should contact the UIS Speaker Series Office at 217/206-8507 or speakerseries@uis.edu in advance. For a list of other upcoming ECCE Speaker Series events, visit www.uis.edu/speakerseries/.
Blake Wood at 4:04 PM
Share