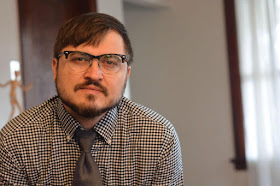 Individuals with disabilities who anticipate the need for accommodations should contact the UIS Speaker Series Office at 217-206-6245 or speakerseries@uis.edu in advance. For a list of other upcoming ECCE Speaker Series events, visit uis.edu/speakerseries/.
Blake Wood at 9:35 AM
Share