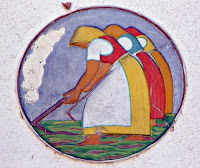 WHAT: The Political Art and the Public Sphere (PAPS) series at the University of Illinois Springfield presents a screening of the film Cuba: The Accidental Revolution. The film will be followed by a discussion moderated by Stefano Longo, assistant professor of Environmental Studies at UIS.

DETAILS: At one time Cuba’s agrarian culture was as conventional as the rest of the world. It experienced its first “Green Revolution” when Russia was supplying Cuba with chemical and mechanical “inputs.” However, the collapse of the Soviet Union in 1989 ended all of that, and almost overnight threw Cuba’s whole economic system into crisis. Factories closed, food supplies plummeted. Within a year the country had lost over 80% of its foreign trade. Cuba was unable to feed its population and the country was thrown into crisis.

Without fertilizer and pesticides, Cubans turned to organic methods. Without fuel and machinery parts, Cubans turned to oxen. Without fuel to transport food, Cubans started to grow food in the cities where it is consumed. Urban gardens were established in vacant lots, school playgrounds, patios and back yards. As a result Cuba created the largest program in sustainable agriculture ever undertaken.

Stefano Longo will guest moderate each session in the spring 2011 semester. Longo, who helped to curate the program for the spring 2011 series, earned his Ph.D. in Sociology at the University of Oregon in 2009. His expertise is in the areas of environmental sociology, political economy, and social theory. His research focuses on the global food system, examining the intersection of environmental and social processes in the context of food production, consumption, and distribution.

The PAPS series is a monthly event on the UIS campus featuring a showing or a performance of some kind of “political art,” followed by an hour or two of group discussion. Each of the installments in the spring 2011 series will provide a look at critical perspectives on ecology and environmental crisis.

For more information contact Dr. Richard Gilman-Opalsky, professor of Political Philosophy at rgilm3@uis.edu or 217/206-8328.
Blake Wood at 9:49 AM
Share