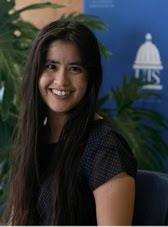 WHAT: The University of Illinois Springfield Engaged Citizenship Common Experience (ECCE) Speakers Series presents “American Indians in U.S. Law: Racial Discourses of the Nation State”. The presentation and discussion will be led by Kim Benita Vera, assistant professor of Legal Studies at UIS and the Institute for Legal, Legislative and Policy Studies.

DETAILS: The presentation will feature a brief overview of the history of “federal Indian law,” the body of law that U.S. institutions created to govern American Indian affairs. Although they are sometimes called “the First Americans,” American Indians were not legally deemed U.S. citizens (with just a few exceptions) until the late date of 1924. In much of the history of U.S. law, Indians have been conceived as subjects outside of American nationhood by virtue of being racially different. Focusing on selected cases and other legal texts, this talk will examine conceptions of racial otherness, humanness, and citizenship in the formative period of federal Indian law. The racial discourses of federal Indian law do not only tell us about American Indians. They reveal how notions of the “American self” have been defined in contrast to those regarded as beyond the boundaries of American nationhood and citizenship.

Vera received her J.D. and Ph.D. in the College of Law and the School of Justice Studies at Arizona State University in 2006. She joined the faculty at UIS after serving as Chancellor’s Postdoctoral Fellow in American Indian Studies at the University of Illinois at Urbana-Champaign.