PAPS presents "This is What Free Trade Looks Like" film & discussion 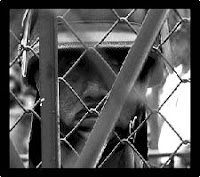 WHAT: The Political Art and the Public Sphere (PAPS) series at the University of Illinois Springfield presents a screening of the film “This is What Free Trade Looks Like”, which will be followed by a group discussion.

DETAILS: “This Is What Free Trade Looks Like” examines México’s experience with NAFTA as a basis for understanding the impacts of other free trade agreements (FTAs) on farmers, the youth, and impoverished people around the world. The North American Free Trade Agreement (NAFTA) is an FTA between the U.S., México, and Canada which went into effect on Jan. 1, 1994. This film was shot at the 5th WTO Ministerial in Cancún, México in Sept. 2003. That Ministerial, like the 1999 Seattle Ministerial, collapsed when “Global South” nations refused to agree to the policies pushed by the wealthy nations of the G8. This film not only highlights what “free trade” looks like, but also what people are doing to oppose the ill-effects of NAFTA, the WTO and other FTAs. We get a good look at several alternative visions too, including regional trade agreements, direct action, and food sovereignty.

The PAPS series is a monthly event on the UIS campus featuring a showing or a performance of some kind of “political art,” followed by open group discussion. The discussion is hosted by Dr. Richard Gilman-Opalsky, professor of Political Philosophy and Dr. Heather Dell, associate professor and chair of Women and Gender Studies at UIS.

Each of the installments in the spring 2012 series will explores the meanings and impacts of the phenomenon called “globalization,” highlighting its history and problems. All events are free and open to the public.