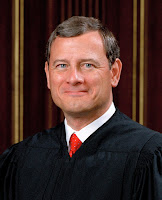 WHAT: On Constitution Day, the University of Illinois Springfield Engaged Citizenship Common Experience (ECCE) Speaker Series will examine U.S. Supreme Court Chief Justice John Roberts’ first decade on the bench. Jason Mazzone, professor of law and the Lynn H. Murray Faculty Scholar in Law at the University of Illinois at Urbana-Champaign will offer analysis and predictions about where the Court and the Constitution are headed.

DETAILS: Under John Roberts’ leadership, the Supreme Court has decided a set of constitutional cases that touch on the hottest political issues of our time (including same-sex marriage, abortion, Obamacare, lethal injections, and religious freedom). While the Roberts Court has not shied away from difficult and controversial matters, its decisions, overall, defy conventional labels of “conservative” or “liberal." Yet making sense of the Roberts Court is essential to understanding its impact upon American society.

Mazzone will assess how the Supreme Court impacts the social and political lives of ordinary Americans as well as how the Court's decisions are themselves informed and shaped by the views and experiences of citizens.

Mazzone is a nationally recognized expert in the fields of constitutional law and history. He received his law degree from Harvard University, a master’s degree from Stanford University and master’s and doctoral degrees from Yale University. His scholarship has been cited by many courts, including the U.S. Supreme Court. He teaches constitutional issues around the world and is chair of Illinois-Bologna Conference on Comparative Constitutional History, in addition to being a media commentator.

This event is co-sponsored by the UIS Legal Studies Department. For a list of other upcoming ECCE Speaker Series events and more information, visit www.uis.edu/speakerseries/. All events are free and open to the public.
Blake Wood at 1:24 PM
Share