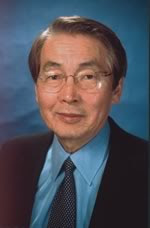 As part of the Hesburgh Lecture Series Kwan S. Kim, professor of Economics at the Helen Kellogg Institute for International Studies at Notre Dame University will lead a presentation and discussion.

DETAILS: What is the North Korean regime’s ultimate policy goal? How would North Korea attempt to reactivate its nuclear facilities affect geopoltical relations in East Asia and the United States? North Korea’s modest progress on market liberalization and South Korea’s economic prowess and emerging nationalism are key factors contributing to a peaceful resolution. This must include sustained, inter-complementary roles that the U.S. could play.

Dr. Kim’s research interest lies in development studies and international economics with geographical focus on East Asia, Latin America and Africa. His research combines holistic and quantitative analysis based on fieldwork and consultancy experiences he had abroad. Dr. Kim has published 13 books that include The Political Economy of Inequality and Growth, Distribution and Political Change.

Since 1986, the Hesburgh Lecture Series has brought a taste of Notre Dame’s academic excellence to alumni and their local communities.

For more information and a list of other UIS speakers series events visit http://illinois.edu/goto/speakerseries or contact Kimberly Craig at 217/206-6245 or craig.kimberly@uis.edu.
Blake Wood at 4:18 PM
Share