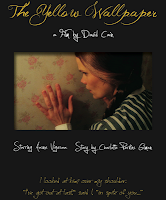 WHAT: The University of Illinois Springfield Women’s Center presents a screening of the film The Yellow Wallpaper. A discussion led by Springfield-based directors David Cain, Kevin Purcell, and actress Aasne Vigesaa will follow the screening.

DETAILS: The Yellow Wallpaper was filmed at the historic Vachel Lindsay Home in Springfield. The story was adapted from a short story written in 1892 by Charlotte Perkins Gilman. The Illinois Times writes, “It’s the story of a woman with a nervous disorder whose physician husband orders bed rest for her and refuses to let her pursue her interests. She is trapped in her bedroom with nothing to do and slowly, yet methodically, becomes unstable.”

Vigesaa's spell-binding performance as the "Narrator" leads you on an emotional journey of discovery and evolution as she transcends depression, her overbearing husband and the repressive medical practices of her era.

David Cain is an artist, filmmaker, composer, author, animator, and teacher. His production company, UMEDIA, Inc., is located at the Hoogland Center for the Arts in Springfield, where he is a resident artist. Kevin Purcell is a founding member of Over the Moon Productions, and directed Shakespeare Shorts and other plays. As an actor, Kevin was seen in UIS Theatre's production of As You Like It, as well as local productions. Aasne Vigesaa holds an MFA in Acting from Northern Illinois University, and has taught as an adjunct for UIS Theatre.

The screening and discussion of The Yellow Wallpaper is being co-sponsored by the Engaged Citizenship Common Experience (ECCE) Speakers Series and UIS Theatre. The event is free and open to the public.
Blake Wood at 11:32 AM
Share