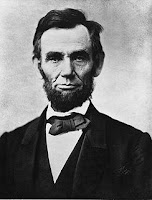 The University of Illinois Springfield Political Science Department presents the third annual Wepner Symposium on the Lincoln Legacy and Contemporary Scholarship, to be held Oct. 19-20, 2012. Portions of the symposium will take place on the UIS campus and the Old State Capitol in downtown Springfield.

The symposium brings together scholars with diverse intellectual backgrounds, from political science to history and economics, and also seeks to bridge the gap between K-12 and university education. This year's theme is "Emancipation: What Came Before, How It Worked, and What Followed". All events are free and open to the general public.

Events begin on Fri., Oct. 19 with the Holtz Memorial Lecture, entitled “How a Railroad Lawyer Became the Great Emancipator: Lincoln and the Constitutional Limits on Emancipation”, at 7 p.m. in Brookens Auditorium, located in the lower level of Brookens Library at UIS. Paul Finkelman, John Hope Franklin Visiting Professor of American Legal History at Duke University School of Law and President William McKinley Distinguished Professor of Law and Public Policy at Albany Law School will speak. Lisa Piergallini from the University of Nevada, Las Vegas will discuss “Emancipation, Liberty, and Defense Strategy: Commentary”.

Day two of the Wepner Symposium begins on Sat., Oct. 20 at 8 a.m. at the Old State Capitol in downtown Springfield. The morning theme will focus on “The Politics of Emancipation & Civil Rights after Emancipation” and will run until Noon. Featured speakers include Sally Heinzel, University of Illinois at Urbana-Champaign; Jackie Hogan, Bradley University; Neal Allen, Wichita State University; Richard Sobel, Northwestern University & Harvard University; and Rogers Smith, University of Pennsylvania.

For more information on the Wepner Symposium, contact Gene Giannotta at ggiannot@uis.edu. The symposium can be found online at www.uis.edu/wepner/ and on Facebook at http://on.fb.me/mQBrO5.
Blake Wood at 3:09 PM
Share