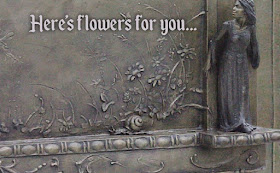 WHAT: The University of Illinois Springfield will unveil a new Shakespeare Garden on campus, marking the 400th anniversary of the poet and playwright’s death in 1616. The themed garden will features plants often mentioned in William Shakespeare’s work.

WHERE: UIS Campus between Brookens Library and the Police Station

DETAILS: William Shakespeare is widely regarded as the greatest writer in the English language. The Bard often used plants and gardens as metaphors for life, with many important scenes taking place in garden settings. For example: “What’s in a name? That which we call a rose by any other name would smell as sweet.” is a frequently referenced line spoken by Juliet to her lover, Romeo, in Shakespeare’s play “Romeo and Juliet”.

The Shakespeare Garden, made possible by an award from the University of Illinois’ Chester Fund, will include signs near each plant with the relevant quotation and reference to the appropriate play or poem, as well as a fountain, walkways, and benches.

The centerpiece of the Garden is a life-sized bronze sculpture of the Bard himself, titled “Shakespeare,” by renowned sculptor Gary Lee Price. The sculpture depicts Shakespeare relaxing on a garden bench – an open invitation for visitors to sit beside him for a chat or a photo.

Other Shakespeare events happening on campus include, the UIS Theatre production of “Macbeth”, which will be presented October 28 – 30 and November 3 – 6 in the UIS Studio Theatre. Tickets are available through the Sangamon Auditorium Ticket Office.
Blake Wood at 10:30 AM
Share