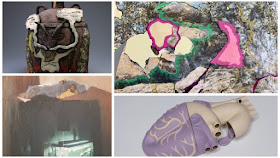 For more information on the multiple exhibits, contact the UIS Visual Arts Program at 217/206-6240 or art@uis.edu.
Blake Wood at 3:04 PM
Share